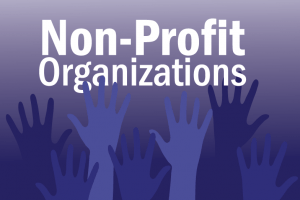 October 28, 2016 – Spano Pratt Executive Search has been selected by the Greater Green Bay Community Foundation to lead its search for a new president and chief executive officer. Current president and CEO, David Pamperin, plans to retire in February.

“Greater Green Bay is a special place for many reasons and a major reason is because the people who call it home are so giving and welcoming,” said Mr. Pamperin. “We have a very talented staff and an active and engaged board of directors who will offer a very attractive opportunity for the Foundation’s next leader.”

A search committee has been formed and is planning to lead a national hunt for a successor. Mr. Pamperin said he will remain involved to ensure a smooth transition process.

Spano Pratt will work with a six-person search committee composed of current or former Greater Green Bay Community Foundation board members, and Chris Woleske, executive vice president and chief operating officer for Bellin Health in Green Bay. The committee will have the final say on the selection of its next president and CEO.

Ms. Woleske said the group will be looking for a candidate possessing “the right fit,” and that the choice is not necessarily predicated on whether the person is from the community and/or has foundation leadership experience.

“What’s more important is the kind of person that they are and if they have the right characteristics because this job truly is about relationships,” she said. “This is a desirable position. I think we’re going to have a lot of candidates. It’s a very important role in the community.”

In June, Spano Pratt completed the executive director search for the Milwaukee Bar Association. The firm tapped Sarah Martis to lead the association. Most recently, she served as the director of client services for Association Acumen, LLC. Managing partner Jamie Pratt led the assignment. She is a co-founder of the firm and has cultivated and overseen its non-profit search practice for the past 10 years.

Check Out These Related Articles On Searching for Renowned Non-Profits: