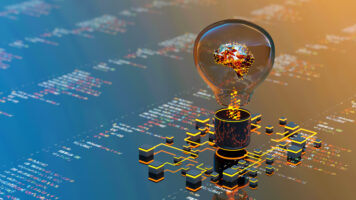 March 29, 2022 – Skyminyr, a human capital intelligence platform, has raised $2.5 million in seed funding to accelerate the continued development of its AI-driven platform. Investors in the seed round for Skyminyr include True Search, IQ Talent Partners, and Caldwell Partners, as well as financier Karmel Capital. Skyminyr has built a human capital intelligence platform, which will pair global top talent, across any industry with its new technology to help companies recruit, manage and optimize retention of its human capital. The funding will be used to accelerate the development and rollout of its platform, which combines talent acquisition, talent retention, and relationship intelligence. Skyminyr said that with a “new world of hybrid and remote work providing a vastly changed backdrop for employers, companies are faced with poor visibility on how to recruit, retain, and optimize the employee experience for the highest performers in the market.”

“Skyminyr was formed to do three things,” said Alex Bates, founder and CEO.  “First, to deliver an unparalleled talent retention solution that enables companies to retain their highest performers, second to help recruit the best talent, and third to map out advanced relationship intelligence in the industry to help enterprises gain a massive competitive human capital advantage over their competitors.”

Skyminyr has assembled a founding team of talented executives. Mr. Bates is an entrepreneur who previously founded Mtell, which was acquired by AspenTech. He spent the early part of his career at Teradata, applying analytics to some of the world’s largest data warehouses. Other founding team members include John Mutch, former CEO of HNC Software and BeyondTrust, Rupert Minnett, whose doctoral research focused on deep learning and was also part of the Mtell team acquired by AspenTech.

Related: Here’s How Artificial Intelligence Will Change the Way You Recruit

Skyminyr has spent three years in development mode with a team of data scientists to apply AI driven, predictive algorithms to massive data sets of human capital correlated to organization’s success. The platform provides human capital insights to a company in comparison to its peers. It can serve as an early warning system for looming talent issues based on benchmarking. The platform also provides access to talent flow, allows companies to predict movements, monitor retention risk and increase employee engagement.

How AI is Serving Executive Search

Technology is transforming the way business is now conducted, according to a new report by The Taplow Group. Artificial intelligence, in particular, seems to be the focus in many business sectors. “AI is allowing a machine to replicate cognitive abilities found in human beings to make tasks easier, effective, and efficient,” said The Taplow Group. “We agree that it has transformed the manufacturing, medical, retail and multiple other sectors, but what about those areas that require extensive human intervention like consulting, law or recruitment?”

Executive search services assisting accuracy with machine learning algorithms predicting the best-suited candidates, according to The Taplow Group. “Technology will also aid in defining the role and job description,” the report said. “AI would narrow down the search and bring to you those candidates who are most suitable for the position. This saves a lot of time in the entire hiring process.”

AI can aid executive search services but it can never replace executive recruitment consultants, The Taplow Group said. Executive search is for C-suite, senior management or positions that determine the strategic missions for the organizations. ”In many cases, even the CVs are not considered and direct interviews are scheduled,” the report said. “Human interaction is essential for executive search and it is the human mind that would probe beyond the roles, titles, and skills. It is the human mind that would determine the cultural and organizational fit. Executive search consultants have thorough knowledge about the industry trends, the current challenges and opportunities, and this knowledge combined with the experience would help in finding the best talent for the top managerial positions in the organization.”