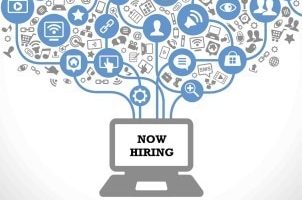 August 10, 2015 – The outlook among American workers as measured by Randstad’s U.S. employee confidence index edged down in the second quarter but remains exceptionally high, with 2015 marking the first year the U.S. employee confidence index has reached 60 points or higher since the survey’s inception 11 years ago. The index fell slightly to a reading of 61.9 in the second quarter from a record-high 62.3 in the first quarter.

The Randstad index measures workers’ confidence in their personal employment situation and optimism about the economic environment. The current survey was based on responses from over 2,000 employed American workers this spring. Randstad reported 32 percent of workers believe more jobs are available and 53 percent indicate they are confident in their ability to find a new job.

For the first time since its inception, 2015 marks the first year the Randstad’s U.S. Employee Confidence Index (ECI) has reached 60.0 points or higher. Employee confidence remains exceptionally high although Randstad’s U.S. ECI decreased slightly from 62.3 points in the first quarter of 2015 to 61.9 (-0.4) in the second quarter.

“While the question of whether the U.S. economy is ‘fully healed’ remains a topic of debate among many economists, a number of positive indicators suggest we will continue to see a positive trend,” said Jim Link, chief HR officer, Randstad North America. “The decreased labor participation rate may raise some concerns, but it’s important to note the largest source of nonparticipants was the group who transitioned from being employed to no longer being in the workforce, as opposed to those who were underemployed and stopped looking for work, also known as discouraged workers.”

Mr. Link said that as baby boomers reach retirement age and workers exit the labor market at a rate disproportionate to that of new workers entering, we can expect to see an impact to both the unemployment and labor participation rates as a reduction in the number of overall workers tends to drive both rates downward.

“There’s a favorable dynamic happening in the labor market today,” said Matt Ferguson, CEO of CareerBuilder. “Companies are feeling more financially secure and increasing their headcount. This is creating a more competitive hiring environment, which is having a positive impact on wages and the labor force participation rate.”

According to other recent economic jobs reports, falling unemployment usually reduces the number of people available to hire, which then forces employers to boost wages. But many frustrated job seekers have stopped looking for work. This has made it hard to assess just how healthy the job market is and when pay might rise at a faster rate.

Randstad has been tracking workforce trends and publishing its U.S. employee confidence index since 2004. The company is a wholly owned subsidiary of Randstad Holding nv, a $22.9 billion global provider of HR services.