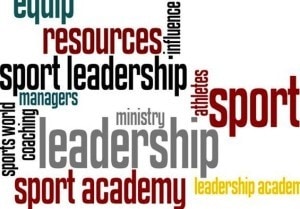 June 25, 2015 – RSR Partners, a corporate governance and executive search firm based in Greenwich, Conn., has added Dany Berghoff as a principal in its sport leadership practice. With a wealth of experience in consulting for sports and entertainment organizations, Mr. Berghoff is expected to play an important role in the firm’s business development and search execution efforts, where he will also focus on traditional and emerging media ecosystems. “Sports leadership recruiting has grown in scope and opportunity for search firms,” said Christopher W. Hunt, president of Hunt Scanlon Media. “Many recruiting firms are now active in the sector, and some specialize only in the sports field itself. Million dollar-plus pay packages of top sports leaders has clearly driven the trend.”

“We are delighted to welcome Dany to our firm. His track record of working at the highest levels of the global sport market adds valuable expertise and insight to our practice’s bench,” said Joe Bailey, head of the RSA’s sport leadership practice. “As we continue our strategic talent advisory work with boards and C-suites worldwide, Dany’s experience will be highly-additive not only for our firm, but also, more importantly, our clients.”

“I am excited to join RSR Partners at a time during which the nexus of sport, entertainment, and media has reached new heights,” said Mr. Berghoff. “And I am very much looking forward to partnering with my new colleagues to advise organizations and recruit executives in these dynamic industries.”

Mr. Berghoff previously served as vice president of sponsorships and partnerships at The Paley Center for Media, where he led a team focused on generating commercial revenues emanating from traditional sponsorship and content rights. Prior to that, he worked for a sports sponsorship sales and consulting agency, 21 Marketing, assisting some of the most prestigious names in sport, including the International Olympic Committee, the United States Olympic Committee, the Miami Dolphins, Johnson & Johnson, Liberty Mutual Insurance, and NBC Sports.