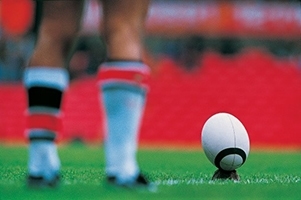 Mr. Young has been operating in the role since Dan Payne stepped down from the job in July to head operations with Rugby Americas.

Based in Lafayette, CO, USA Rugby is the national governing organization for rugby in America and a full-sport member of the United States Olympic Committee (USOC) and World Rugby. Two years ago, Korn Ferry conducted the search that resulted in the hiring of Mr. Payne.

Since joining the organization last April, Mr. Young focused on the stabilization of the union and structure of the national governing body. Shortly after Mr. Payne’s departure, Mr. Young was brought into fill the void on an interim basis. The plan was to first populate a fully seated board of directors, while putting on hold the executive search for a full time CEO.

With the USA Rugby board fully in place earlier this year, the entire leadership group was able to evaluate potential options and move forward with a permanent appointment, said USA Rugby. With a 10-month temporary posting under his belt, and with the support of the USA Rugby Congress, the board unanimously voted to remove the interim tag.

“While it was important that we took the necessary steps of due diligence in this process, Ross’ demonstration of balance and leadership during this demanding period displayed the qualities and value to the union that were necessary and essential moving forward,” said Barbara O’Brien, USA Rugby chair.

Under the direction of Mr. Young, American rugby experienced a benchmark year, said USA Rugby. Some of his notable achievements included an executed governance review and restructure of the organization, balance of the national office and fulfillment of Rugby World Cup Sevens 2018. Despite the financial liabilities resulting from the July tournament, the group said that the promotional impact of the sport and commercial leads created have proved valuable post-event.

“It has been an incredibly tough period for the union, but I have a huge amount of faith in my colleagues within the organization and the whole USA Rugby community as we look to maintain a stable foundation,” said Mr. Young. “Our goal is to unite all stakeholders and help grow the game of rugby while ensuring the national teams perform to the best of their ability.”

“Reform is a procedure that requires care, inclusivity and above all, patience,” he said. “I very much look forward to leading this group of dedicated individuals at the national office and working with the board, congress and all members of the rugby family to provide the support and guidance our members can be proud of.”

Founded in 1975, USA Rugby is charged with developing the sport on all levels in the U.S. It oversees four national teams, multiple collegiate and high school All-American sides and an emerging Olympic development pathway for elite athletes. The group’s active members number over 115,000. USA Rugby is governed by a nine-member board of directors, a congress representing the membership and a professional staff headed by the CEO.

In 2009, rugby returned to the Olympic movement. Two years later, USA Rugby became a full-sport member of the USOC. Rugby sevens was played at the 2016 Olympics and is also slated for 2020.