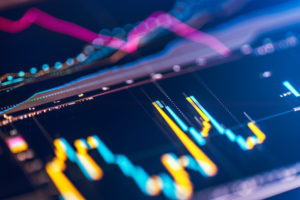 April 26, 2019 – Robert Half International Inc./(NYSE:RHI) posted first quarter revenues of $1.47 billion, up 5.2 percent from the same period a year ago. The results fell short of Wall Street expectations. The average estimate of four analysts surveyed by Zacks Investment Research was for revenues of $1.5 billion.

“We saw solid revenue growth in our staffing and Protiviti operations during the quarter, both in our U.S. and non-U.S. operations,” said Harold M. Messmer Jr., chairman and CEO of Robert Half. “Persistent tight labor markets globally continue to result in heightened demand for our professional staffing services. During the first quarter, return on invested capital for the company was 41 percent.”

Robert Half was recently named to Forbes’ list of “America’s Best Recruiting Firms 2019.” Robert Half ranked No. 1 on the list of top professional search firms.  “We are honored to be included on the list of “America’s Best Recruiting Firms,” which reflects the views of those who know our industry best – recruiters, HR professionals and job candidates,” said Mr. Messmer. “Our teams provide outstanding service to our clients and candidates every day, and this is recognition for their efforts.”

During the quarter, Robert Half elected Julia Coronado to its board of directors. Ms. Coronado is president and founder of MacroPolicy Perspectives LLC, which provides economic research on monetary policy and global macroeconomic developments. A noted financial market commentator and labor expert, she previously served as chief economist for Graham Capital Management, chief economist for North America at BNP Paribas and senior U.S. economist at Barclays Capital in New York.

Robert Half shares have risen 20 percent since the beginning of the year, while the Standard & Poor’s 500 index has increased 17 percent. In the final minutes of trading on Tuesday, shares hit $68.79, a rise of 18 percent in the last 12 months.