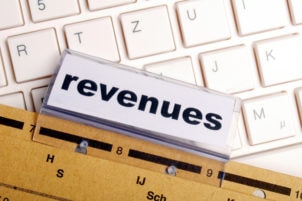 On a constant currency basis, revenue was up 5.6 percent. The results fell short of Wall Street expectations by 0.01 percent.

The Menlo Park, CA-based recruiting company recorded net income of $224 million, or $1.91, compared to the prior year’s first quarter earnings of $96 million, or 78 cents per share.

“We saw solid demand for our staffing and Protiviti services during the second quarter,” said Harold M. Messmer, chairman and CEO of Robert Half. “Global talent shortages persist across our professional disciplines, particularly in the U.S., where unemployment remains near a 50-year low. This enhances the value of our services. Return on invested capital for the company was 42 percent in the second quarter.”

Global revenues for Protiviti were $273 million: $211 million of that is from business within the U.S., and $62 million is from operations outside the U.S. On an as-adjusted basis, Protiviti revenues were up 14 percent vs. the year-ago period. Protiviti recently launched a cyber risk quantification as a service offering in alliance with RiskLens, a provider of quantitative cyber risk management software. Through quantitative risk analysis using hard data, the offering enables CIOs and CISOs to answer their board of directors’ questions about the effectiveness of their cybersecurity program with confidence, make better decisions about budgets and technology investments, and assist in meeting regulatory requirements.

Recruiting Sector Jumps 13.9 Percent
A constricting labor market with low unemployment means companies are struggling to find qualified talent. When the right people are found, the costs associated with hiring them are rising, making a lengthy onboarding process now the rule, not the exception.

Revenue for the third quarter is forecasted to be in the range of $1.525 billion to $1.590 billion, implying growth of five percent at the midpoint on a same-day as-adjusted basis.

Robert Half shares have risen 20 percent since the beginning of the year, while the Standard & Poor’s 500 index has increased 17 percent. Shares in Robert Half were up 6.6 percent to $62.68 upon the release of its result. The company has a market cap of $6.97 billion.

Mr. Messmer disclosed that U.S. trends “progressively got better year-on-year each month.” When pushed for more details as to what drove clients to be more positive as the quarter progressed, CFO Keith Waddell spoke of a “friendlier” Federal Reserve and suggested that trade tensions “don’t seem to be as intense as they were six months ago.”