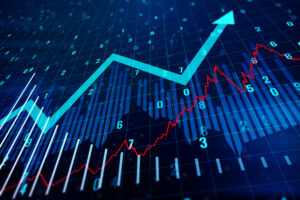 “Our temporary and consultant staffing operations also performed well and had year-over-year revenue growth of 31 percent, with particular strength in management resources, which grew 56 percent,” Mr. Waddell said. “Compared with the pre-pandemic fourth quarter of 2019, 2021 revenues were higher by 15 percent and net income was higher by 49 percent. Return on invested capital for the company was 50 percent in the fourth quarter.”

“We begin the new year with tremendous momentum and optimism, and remain laser focused on our time-tested corporate purpose — to connect people to meaningful and exciting work and provide clients with the talent and deep subject matter expertise they need to confidently compete and grow,” Mr. Waddell said. “We are proud that our commitment to diversity, equity and inclusion efforts has earned us recent recognition, including placement on the Bloomberg Gender Equality Index and the Human Rights Campaign’s list of Best Places to Work for LGBTQ+ Equality.”

“Chris has a track record of success in accelerating the use of digital channels to create world-class customer experiences that drive revenue growth and customer loyalty,” said Mr. Waddell. “Digital marketing has never been more important for reaching and engaging customers, and we are excited for what the future holds with his leadership.”

Robert Half shares have lost about 0.4 percent since the beginning of the year vs. the S&P 500’s decline of -8.7 percent.