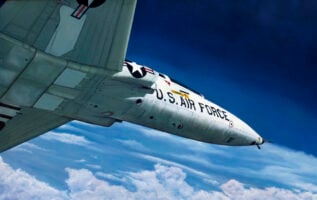 AFRL is the Air Force’s premier research organization that leads the discovery, development, and integration of advanced warfighting technologies for U.S. air, space and cyberspace forces. AFWIC’s mission is to drive enterprise-wide integration and future force design that enables the Air Force to rapidly transition into a networked, multi-domain 21st century force. Dr. Meyer will be the AFRL commander’s senior representative to AFWIC and will serve as AFRL’s principal scientific and technical advisor to the AFWIC director, providing guidance to AFWIC on both the utility and feasibility of current and future science and technical programs.

Dr. Meyer is a subject matter expert in a number areas including electronic warfare and directed energy.  Previously, he was a subject matter expert with Strategic Analysis Inc. where he served as the science advisor to the director of electronic warfare and countermeasures in the Office of the Under Secretary of Defense for Research and Engineering.  Dr. Meyer has served in advisory positions for the U.S. Army as the science advisor and basic  research area monitor for the Army chief scientist and in several positions focused on weapons of mass destruction counterproliferation.  Additionally, Dr. Meyer was on the board of directors and served as vice president of the Directed Energy Professional Society.

The Air Force Research Laboratory is a scientific research organization operated by the U.S. Air Force Materiel Command dedicated to leading the discovery, development and integration of affordable aerospace warfighting technologies, planning and executing the Air Force science and technology program, and providing warfighting capabilities to U.S. air, space and cyberspace forces. It controls the entire Air Force science and technology research budget, which was $5 billion in fiscal year 2018.

Naval Postgraduate School Taps Reffett Associates to Find New Provost
Reffett Associates has been selected by the Naval Postgraduate School (NPS) to assist with the search for its next provost. The assignment is being led by William Reffett, managing partner and founder, with assistance from Marshall Reffett, managing director. “We are pleased to have been selected by the provost search committee to work with the NPS to assist them in their search,” said William Reffett. “This is a dynamic graduate education university that has a wonderful reputation in the fields of both basic and applied research, as well as international studies. It is located in a very attractive part of the country. We are confident that we will be able to attract a deep group of educational leaders from the research, scientific and education communities.”

Mr. Marshall Reffett joined the search firm after having worked for Rep. Reichert. He served as a legislative assistant to the congressman, advising him on legislation relating to financial services, small business, housing, consumer affairs, government oversight and reform, defense, veterans, foreign affairs and transportation. He helped to position the congressman as a leader on global health issues, working with organizations such as UNICEF, Save the Children and the U.S. Global Leadership Campaign.