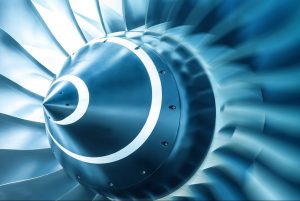 July 1, 2016 – Spencer Stuart has recruited Steve Isakowitz as president and chief executive officer of The Aerospace Corporation. He will assume the position upon the retirement of Dr. Wanda Austin in October.

Mr. Isakowitz served as president of Virgin Galactic from 2013 to 2016 and as its chief technology officer from 2011 to 2013. At Virgin Galactic, he had broad leadership responsibilities, which included the development of privately funded launch systems, human spaceflight vehicles, advanced technologies, and other new space applications. Previously, he held a wide variety of senior engineering, business, and management roles across the private and government sectors, including positions at NASA, the Office of Management and Budget, the Intelligence Community, and the Department of Energy.

“After a year-long search process, the board of trustees is pleased with the result. Building on Dr. Wanda Austin’s legacy of excellence and accomplishment, Steve Isakowitz has the right set of skills and experience—in government and industry—to lead Aerospace in a rapidly changing environment of constrained customer resources, challenging threats, and exciting new space technologies,” said Ambassador Barbara Barrett, chair of The Aerospace Corporation board of trustees.

The selection of Mr. Isakowitz was a unanimous decision by the board and its selection committee, which was chaired by the honorable Michael Donley, former secretary of the Air Force, as part of the board’s planned succession process.

Mr. Donley said Mr. Isakowitz was selected as the top choice from an exceptional slate of candidates because he possesses a broad range of diverse experience in space management, science and technology, budgeting, and financial administration in both government and corporate environments.

“Steve has demonstrated tremendous integrity and leadership in complex jobs that required both strategic vision and technical competence—qualities that are absolutely essential to ensuring Aerospace’s continued success,” said Mr. Donley.

“Steve is a proven leader across the space enterprise. I am confident that we will transition seamlessly and the organization will be positioned for even greater success,” said Mr. Austin.

“I am extremely excited to be leading this extraordinary organization as we develop solutions, innovate, and continue to deliver mission success for all of our customers,” said Mr. Isakowitz. “Technological progress, global competition, and security threats are all increasing at rates unparalleled in the history of the space age, and I look forward to collaborating with customers and the talented Aerospace team to tackle the important challenges of the 21st century—which will surely be known as the century of space.”

The Aerospace Corporation is a California non-profit corporation that operates a federally funded research and development center and has approximately 3,600 employees. It provides guidance and advice to military, civil and commercial customers to ensure the success of complex, technology-based programs. The company is headquartered in El Segundo, CA, with multiple locations across the U.S.

Spencer Stuart’s aerospace practice is combined with its aviation and defense specialties. The practice has more than 15 dedicated consultants located in the Americas, Europe, Asia Pacific, the Middle East and Africa. The practice itself has conducted more than 1,500 aviation sector searches over the past decade for high-profile clients, ranging from venture-backed startups to multi-billion dollar corporations. Spencer Stuart has recruited CEOs, presidents and COOs and other general managers for many of the world’s leading airline, airport, aerospace and aviation-related businesses.

Check Out These Related Articles On the Aerospace Sector: