Menu
View our Events
Stay Connected:
The command-and-control style of leadership is giving way to the use of influence and leading from the front, says Colin Baker, who heads London-based executive recruitment firm Wilton & Bain’s global technology practice. Individuals and teams prove more effective when they understand the leader’s vision and how it all ties in to their own roles and careers. Let’s go inside the latest thinking. 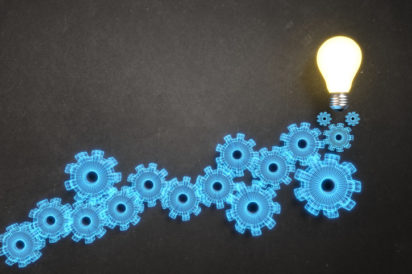 February 10, 2020 – Today, technology is front and center of most business change. It can drive efficiency, growth, improved customer service, and an untold number of other elements that lead to success. Now, more than ever, businesses require leaders who understand technology and its possibilities in order to spearhead change. “To be successful, leaders themselves have to be transformational,” says Colin Baker, a partner at London-based executive search firm Wilton & Bain, and head of the firm’s global technology officers’ practice. “They have to want to change something; they have to want to create positive change within an organization.” These leaders, according to Mr. Baker, are in short supply and heavy demand.

Top-down authoritative leaders are increasingly being replaced by those who take a more dynamic, innovative approach. “More and more of the organizations that we work with today are less command-and-control in their style,” said Mr. Baker in a recent conversation with Hunt Scanlon Media. “You lead and manage through influence. You don’t necessarily own the resource that you’re trying to draw the outcomes from, and that’s a completely different skill-set from even 10 or 15 years ago where a lot of senior managers we would see would be command-and-control type people, meaning ‘I own it, I’m setting out the objectives, I control, and you’re going to do it because you work for me.’ Those days are fading out rapidly. The need for that kind of skill-set is dwindling.” 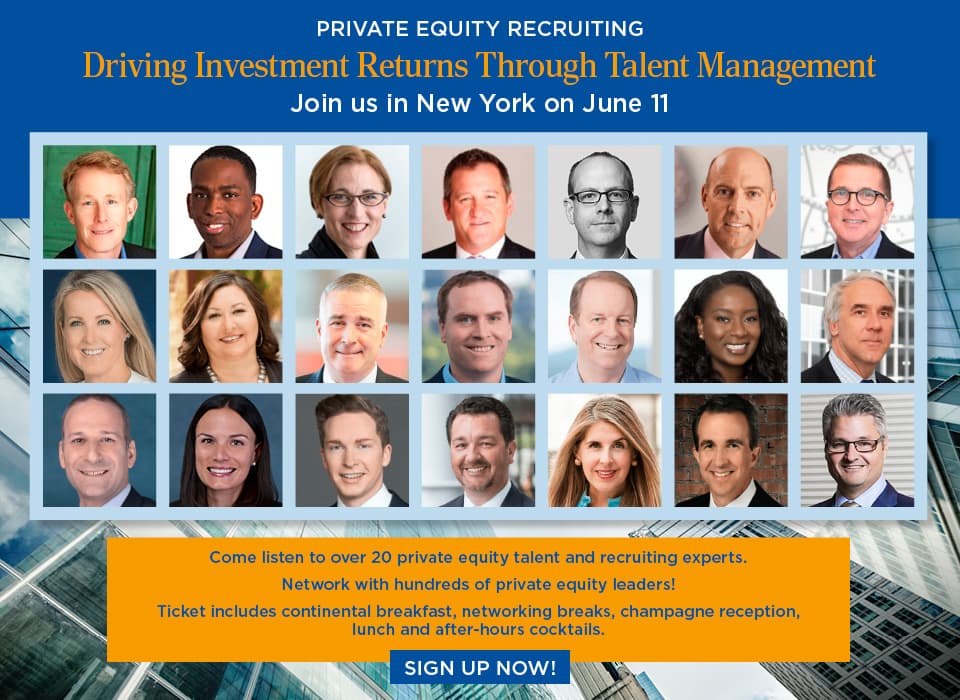 Transformational leaders, he said, embody a range of characteristics that can bring out the best in their teams. Rather than demand, they inspire and motivate. “You’ll find that a lot of people that have this kind of skill-set are typically very inspirational-type people,” said Mr. Baker. “They have idealized attributes. They’re role models. People want to be like them. They walk the walk. That’s how they engage with the team, leading from the front.”

“Usually they’re very purpose driven,” he said. “They create a very clear vision of what it is they’re trying to achieve for the team and for the organization. And also they tend to come across as very authentic in that style. It doesn’t feel like its contrived or put on. And they’ll adapt that style as they come to work with their teams. They know how to adapt that style and work with and get the most out of their people.”

Transformational leaders have an ability to make clear to their teams the vision of the enterprise, what they are trying to accomplish and how all that connects to their roles on a day-to-day basis. “They tend to communicate consistently and link those individual’s role’s back to the broader strategy and objectives so people really understand where they’re going,” said Mr. Baker.

In this brand new episode of ‘Talent Talks,’ Hunt Scanlon host Rob Adams is joined alongside Colin Baker, partner in the global technology officers practice of Wilton & Bain. In this exclusive podcast, Mr. Baker reflects on what transformational leadership really means, what characteristics to look for in transformational leaders . . . and how best to recruit them. Listen Now!

While moving the business forward, transformational leaders are oftentimes simultaneously helping those under them develop themselves and their careers. “And so the conversation becomes about ‘how do we develop you, how do I make sure you’re going the direction you want to go, that you’re learning and challenging yourself in the right way and that you’re going to get the opportunities that you want,’” said Mr. Baker. “They tend to be very strong in areas like that.”

Another critical ingredient to transformational leadership is curiosity. Such leaders are perpetually looking to learn and grow. “They never feel like they’re the finished article,” said Mr. Baker. “So they’ll always be seeking out information from all kinds of sources to try to round out their skill-set. Again, that tends to cascade down into the team, because they see these individuals pushing themselves into other areas and they feel they want to do that.”

Transformational leaders also bring a sense of innovation to their role, which essentially comes down to creativity and an ability to inspire those under them to think differently about how to solve problems or meet challenges. “They think differently,” said Mr. Baker. “They’re just always challenging themselves, creating intellectual stimulation around problem solving. Giving people responsibility and ownership of those challenges is a critical piece as well.”

Some people, of course, are natural leaders. But every leader requires experience and focused effort to grow his or her skill-sets. “Leadership qualities tend to develop over time,” said Mr. Baker. “There aren’t any born, finished, complete leaders. It comes back to always learning and always challenging yourself and pushing into new directions that you feel are additive to your skill-sets.”

One key element to becoming an effective leader is to have strong role models. “Modeling and chasing aspirational behaviors that they see in the leaders that they grew up under is critical,” said Mr. Baker. “People have often said leaders are made and not born and I believe there is an element of that as well.”

It also takes commitment. But not just from the would-be leader. “It takes commitment by that individual to push and challenge and learn,” said Mr. Baker. “Also, depending on the organization they work for it takes commitment on their part as well. It doesn’t always suit an organization, or perhaps they’re not set up in the right way to help people really grow their leadership skill-sets.”

“Somebody said to me, it’s a little like playing an instrument,” he said. “It’s like when you were a kid, your parents either made you play the piano—your father made you practice—or you were the kid who just wanted to do it because you loved doing it. So even if you don’t have all the skills, if you really want to do it, if you really love doing it, people will push themselves and they will learn how to inspire, how to create vision, how to get people to follow them.”

Mr. Baker joined Wilton & Bain last fall. He is located in London but has oversight across the firm’s expanding U.S. business. Mr. Baker specializes in senior executive appointments within the technology, digital, operations and risk markets across financial services. Previously, he spent over nine years with Marlin Hawk, where he served as a client partner in its financial services practice where he managed key client relationships. Additionally, he also spent five years in client side roles at a number of global organizations, including UBS, JPMorgan, Barclays and T-Mobile.

Fast forward 18 years and behold a new picture: Wilton & Bain is making big gains in London and even more in the U.S., where it is in full growth and expansion mode. The firm has already planted its flag in New York (the new office opened last summer) and San Francisco (where it has had a presence since 2014). Here’s more . . . with big plans on the horizon.

For Mr. Baker, finding such transformational talent poses special challenges. Having a strong network, of course, is vital. “We spend a lot of time and effort building our networks, building relationships with individuals within a plethora of organizations across the industry sector,” he said. “Within that we’re looking to try and understand our market and then where are the success stories, especially in the areas where there has been transformation, because it’s such a critical area as businesses try to reinvent themselves in the digital age. Typically we’ll use our network to identify individuals who are at the heart of those success stories in transformation, and then we will use the feedback, look at the outputs from some of the projects that they’ve run, get feedback on their leadership style, etc. We will use that to pinpoint some of these individuals that we need to reach out and build relationships with and get to know.”

“Sometimes that’s easy,” said Mr. Baker. “Sometimes we’ll find that it’s very clear who that individual was and what they’re responsible for. Sometimes it’s not as obvious and you’ll find that there are individuals further down in an organization perhaps not getting all the recognition for doing a lot of the work—unsung heroes we call them sometimes—and therefore we might do some more digging further down the organization.”

Next, recruiters must assess these people and ascertain if they truly have what is needed in a transformational leader. Said Mr. Baker: “That’s where we come down to spending time with these individuals, understanding the work they’ve done, real life examples, looking at their track record and trying to get a sense of where they’ve really made an impact, where they’ve made mistakes, how did they learn from it, what was the output, would they do it again differently if they had the opportunity, that kind of stuff. And then our job really is to understand their motivation and purpose behind that and then compare and contrast with our knowledge of the market and rank that individual in terms of how they would score against a broader set of criteria.”

“You really have to dive in at the top, ask very open ended questions and really delve down into the details to get to the real outcome,” said Mr. Baker. “But after a while in this industry you start to learn how and where and which buttons to push to get the answers that you’re looking for.”

“And the last piece really is confirming and verifying that data. We might do that through formal referencing or through our network, etc.”

The script in industry today is being rewritten. Digital technology is changing how businesses run and serve their customers. Moreover, it is rewiring the thinking within organizations, within teams and even individuals, pushing them to innovate, to take risks and to continue growing.

As such, the demand for transformational leaders is only going to grow. “It’s an exceptional time,” said Mr. Baker. “Technology is at front and center of this. It’s creating a lot of opportunities, and businesses and CEOs are recognizing that need, and I think we’re seeing a lot of the roles that we typically recruit for being elevated to very senior, very center stage positions on boards and so on because of that change. And long may it continue. We’re looking forward to working together with our clients in the coming months and years to find these great people.”