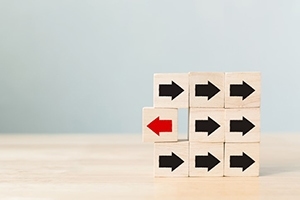 April 16, 2019 – TalentLaunch, a network of independently-operated recruitment firms, has named Doug Dandurand as its president. In this role, he will be responsible for the overall strategy and growth of its network of recruiting firms.

“We are excited to have Doug as president of the TalentLaunch network,” said Aaron Grossman, founder and CEO of TalentLaunch and co-founder of Alliance Solutions Group. “Doug is a staffing executive veteran who holds a solid track record of building sustainable growth for his former companies. He is exactly who I wanted to have lead our network as we continue to expand in scope and offering.”

In addition, Mr. Dandurand was a partner and president-east region for EmployBridge, where his leadership and commitment to results played a key role in the company’s year-over-year industry leading growth, said TalentLaunch. He has also held several leadership positions with international recruiting firms, including Oxford Global Resources, Randstad US, and Robert Half International.

“I am honored to join the TalentLaunch team,” Mr. Dandurand said. “I have been impressed with the talented people, strong culture and collective impact of our network staffing companies.”

“Aaron and I have a shared vision of the power of this network and how we can deliver a better overall experience within this industry,” he said. “Together with our shared services platform, I believe we can continue to showcase a unique offering that can truly impact lives.”

TalentLaunch is a nationwide network of independently-operated recruitment firms under common ownership. “Our firms have deep roots in their communities and are focused on meeting companies’ talent demands by leveraging best-in-class tools and resources to elevate the overall experience,” Mr. Grossman said. “We are committed to a common purpose — to motivate the world to unlock its unrealized potential.”

Mr. Grossman launched Alliance Solutions Group in 2001. He and his business partner, Kevin Kramer, teamed up to create an organization that has grown substantially since its inception. Mr. Grossman, who established TalentLaunch three years ago, said there are over 20,000 recruiting firms in the U.S., with 97 percent of them having less than $25 million in annual revenues. “Another 82 percent of the 20,000 recruiting firms have less than $5 million in annual revenues,” he said. “While this fragmentation in the industry could suggest that local communities enjoy working with local community based recruiting firms, the average ‘Net Promoter Score’ which gauges the customer experience is an abysmal four out of a possible 100.”

“Many small and mid-sized recruiting firms do not have the tools and resources available to them to drive a better experience,” Mr. Grossman said. “By design, TalentLaunch infuses big company resources and tools into the member companies that operate within the network to help them reach new heights.”