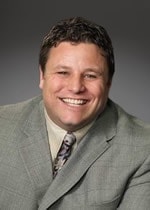 Christopher Melillo is the Founder and Managing Partner of Kaye/Bassman’s Energy Practice. He manages teams in several areas of the energy industry as well as managing his own team in Oil and Gas Engineering and Geoscience recruitment along with coverage in Energy Commodity Trading. As Practice Leader, Christopher is responsible for the strategic design and development of the practice as a whole. In addition to setting the pace at Kaye/Bassman with his industry leadership, as a committee member of the Kaye/Bassman Foundation, he has been a big part of the growth and success of the Foundation. His passion for helping others has played a key role in the Foundation’s milestone accomplishment of donating over $1,000,000 since inception.

Christopher started in the executive search industry in 1990 with PEI then recruited to Rapport Associates Ltd. Six months later, he was promoted to Vice President of Business Development and made Partner where he worked closely with the Interim Management Practice serving Third World development bank consultancies including two large projects for the World Bank – a project with National Housing Corporation in Papua New Guinea and a highway civil engineering project in Sao Paolo, Brazil. Chris was also responsible for production and administrative oversight of all three of Rapport’s divisions including the Rapport Temporary Service.

In 1994, Christopher started Global Search, Inc. which was later acquired.  He then started MAG Partners, Inc. and ultimately joined Kaye/Bassman in 2004.

Christopher studied Criminal Justice at Winona State University which he attended on a football scholarship. He lettered four years and was the Defensive Captain his Junior and Senior year. Christopher is now a competitive power-lifter and lives with his wife Jodi in Addison, TX.