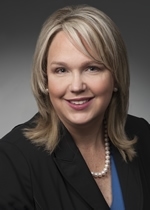 Jana and her practice partner, Tiffany Caldwell, are leaders in the Pharmaceutical and Biotechnology Practice. The practice focuses on placing research and development scientists along a continuum of experience, from entry-level through the executive level. Jana graduated from Texas A&M University in 1993 with a Bachelor of Science in Microbiology and a minor in Chemistry.

She began her career with Kaye/Bassman in 1993 as a Project Coordinator and was rapidly promoted to Project Director, Junior Partner and Senior Search Consultant.

Jana was promoted to Partner in January 2004. During her tenure, Jana and her team have consistently received numerous awards for Top 10 Performance and Top Individual Performer, on a regional and national basis. Jana’s commitment and passion for the pharmaceutical and biotechnology industries is evident by the successful placement of over 680 scientists and executives worldwide.