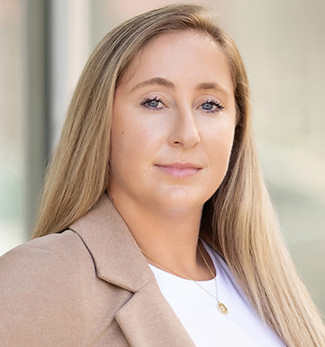 Chelsea Mansfield joined Bespoke Partners as a Principal in March 2021, based in the Austin office. Prior to joining Bespoke, Chelsea was a Senior Executive Recruiter in the Professional Services Firms segment at Gerson Lehrman Group (GLG). In this role, she recruited executives for short term due diligence consulting projects. She helped design SOPs for the firms recruiting process and assisted in training new hires for the firm’s top clients, all while holding well above average monthly targets. Before GLG, Chelsea worked as a social media project manager for a media company called Competitive Edge. In tandem, she held the role of community project manager for a local lululemon Austin store.

Chelsea is an active member in Austin’s fitness community, as anything human optimization related is her passion. Over her life span, her goal is to be a catalyst in our education system. She wants to leave a legacy behind of helping young athletic women live their best lives through community, mentorship, and giving back to those in need.

Chelsea graduated from California Polytechnic State University in San Luis Obispo, CA in 2015, where she received a Bachelor’s of Business Administration concentrating on Marketing. She was an active member in both the business fraternity of Delta Sigma Pi, as well as, the American Marketing Association. Cal Poly’s motto is ‘learn by doing’ and Chelsea plans to carry that value throughout the rest of her career path.