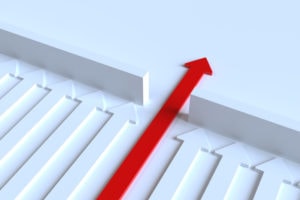 October 8, 2019 – New York-based Raines International has announced that Matt Seiler, previously president of brand solutions with Dentsu Aegis Network, has joined the executive search firm in dual roles. Mr. Seiler will serve as both managing director of the firm’s marketing and communications practice and as its first executive-in-residence. He will split his time between the firm’s Boston and New York City offices.

“Anyone who knows Matt knows he is an inspirational change agent who has lived his career on the leading edge of business innovation,” said Dan Smith, CEO of Raines International. “As ad agency strategist, he changed the trajectories of client companies by reinventing their advertising, marketing, and digital agendas. As president and CEO of the most respected global media agencies, Matt disrupted industry standards and inviolable business models while doubling firm revenues.”

“We are beyond excited to have Matt lead the charge for our firm on dual tracks, as he helps clients prepare for and execute marketing and advertising leadership changes, and as we build and launch new businesses in the human capital realm,” he said.

“There is no doubt this a time of real change,” said Mr. Seiler. “One in which the current models are being more than tested. I have attempted to reshape our delivery one agency or agency group at a time. I am thrilled to be stepping up to an industry level challenge, one in which my team and I can help make significant impact.”

“In Dan and the good people of Raines, I have found a real like-mindedness,” he said. “A rejection of the status quo. And a determination to truly make a difference for all involved, client and candidate alike.”

In his new role, Mr. Seiler will lead the firm’s marketing and communications practice and working closely with Mr. Smith on the development of future capabilities which will include the harnessing of tech and AI to reshape the future of executive search.

This March, Raines appointed Mr. Smith as its new president and CEO. Founder and current CEO Bruce R. Raines remains with the firm as senior managing director, focusing his full-time efforts on client and search management.

Check Out These Related Articles On Firms Naming Practice Leaders: