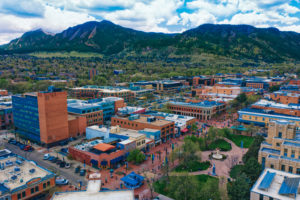 February 11, 2020 – Executive recruitment firm Public Sector Search & Consulting has been chosen to find the next police chief for the city of Boulder, CO. Gary Peterson, president and CEO, and Mark Helms, project consultant, are leading the assignment for the search firm.

Greg Testa, who held the Boulder police chief role for five years, retired in September. Deputy police chief Carey Weinheimer is serving as interim police chief until the new chief has been hired.

“In this pivotal time, this is an incredible opportunity for a strong and collaborative police executive who will focus on innovation and equity to improve how police services are provided to the community,” said Public Search and Consulting.

The City of Boulder wants a police-community relationship that enhances mutual trust and advances community-led policing through genuine engagement, said the search firm.

“Boulder seeks a chief of police who is fair, professional and treats everyone with dignity and respect,” said Public Sector Search & Consulting. “The new chief will be expected to understand how the history of policing in the U.S. has impacted the perceptions that some community members have regarding the police.”

The ideal candidate will be an innovative leader, said Public Sector Search & Consulting. He or she will be expected to be a visionary and collaborative leader who inspires confidence and trust from the community and will earn the respect of police department employees, peer directors and city staff.

The individual should also be supportive, compassionate, respectful, ethical and have the highest level of integrity, said the search firm. This culturally competent professional must have a genuine commitment to an active model of community-led policing.

Diplomatic and approachable, the ideal candidate will have strong executive leadership skills, foster an open, trusting and welcoming work environment that promotes diversity, equity and inclusion initiatives. A commitment to racial equity initiatives and experience collaborating on issues including mental health, substance abuse and homelessness are essential.

It is highly desirable that candidates have a bachelor’s degree, preferably augmented by graduate studies, said Public Sector Search & Consulting. This position requires certification as a police officer, or the ability to obtain certification. The City of Boulder will also encourage residency within the city limits through a housing incentive or allowance.

The most competitive candidates for the chief of police role will have at least 10 years of progressively responsible law enforcement experience, including senior executive assignments, leadership in community policing and crime reduction efforts, said the search firm. It is preferred that this experience is with a similar sized or larger department in a metropolitan area.

Candidates must have a track record of working collaboratively inside their current organization and externally with community and law enforcement partners.

The City of Boulder operates under the council-manager form of government. Its city council consists of nine members, including a mayor and mayor pro tem, each selected by the council members. The council-appointed city manager executes strategies to advance the council’s policies and priorities. With a 2019 adopted budget of $353.7 million, Boulder has 1,400 employees.

Mr. Helms is an accomplished Northern California law enforcement leader with more than 30 years of diverse experience in policing, government, and public sector recruiting. Before joining Public Sector Search & Consulting, he served as chief of police in the City of Lodi, CA. As chief, Mr. Helms developed a talented leadership team and worked to improve the policing profession as a member of the board of directors for the California Police Chiefs Association. He was also president of the Central Sierra Police Chiefs’ Association and is currently an executive Fellow with the National Police Foundation. Mr. Helms spent most of his professional career with the Stockton Police Department. He attained the rank of deputy chief and has experience managing every major area of the 650-member organization.