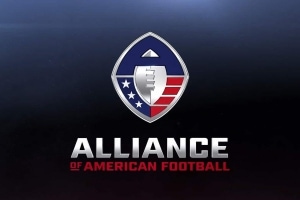 June 27, 2018 – Freehold, NJ-based Prodigy Search, a nationwide leader in top-level sports recruiting, has been retained by the Alliance of American Football (AAF) to lead multiple executive level searches in preparation for the spring football league’s forthcoming, and much anticipated, launch.

Scott Carmichael, founder and CEO of Prodigy Sports, said the partnership grew out of a previous business relationship. “Our team at Prodigy Sports has had a longtime professional relationship with Tom Veit, who was named head of business operations for the Alliance of American Football in December 2017,” he said. “We formalized a broad-scale recruiting agreement with Charlie Ebersol, founder and CEO, and Mr. Veit in April and began our work and outreach then.”

Mr. Veit said that joining with Prodigy Sports seemed a natural fit. “As we build out all aspects of the Alliance, we needed a trusted partner with the bandwidth and resources to quickly source several key positions within business operations, sales and marketing for our member teams as well as our league office,” he said. “We could not ask for a better firm than Prodigy Sports, whose integrity and proven ability to fully understand the culture of a start-up league like the Alliance of American Football makes them an invaluable asset.”

Mr. Carmichael said his firm will be busy in the months ahead. “Prodigy Sports is recruiting the president, vice president – sponsorships and vice president – ticket sales for all eight AAF teams, while also performing league office recruiting, including chief ticketing officer,” he said. “We also expect to expand our recruiting into other TBD roles as the league aggressively moves towards their inaugural season launch in February 2019.”

“The AAF is clearly an entrepreneurial-spirited enterprise with a start-up, grind it out mentality,” Mr. Carmichael said. “With a short window given their inaugural launch in eight months, they turned to us given our expertise, like-minded spirit and the depth of our experience. The league office does not yet have an HR function, so clearly our ability to perform that out-sourced capability, coupled with our broad team of 10 recruiters, it made absolute sense to partner with us.”

Founded by media mind and entrepreneur Charlie Ebersol and NFL Hall of Famer Bill Polian, the AAF will be comprised of eight teams, each with 50-men rosters. The AAF recently announced that its first city will be Orlando, and the team will be led by legendary head coach Steve Spurrier. The second city to be announced was Atlanta, with veteran coach Brad Childress at the helm. The third city is Memphis, with the team to be coached by Super Bowl champion Mike Singletary.

“We are thrilled and honored to be working with true trailblazers, Mr. Ebersol and Mr. Polian, on this exciting new venture,” said Mr. Carmichael. “We are grateful for Tom Veit’s trust and confidence in Prodigy Sports. Tom is a respected industry veteran whom we have known for many years and considered to be one of the most talented executives in sports and live entertainment.”

Prodigy Search, which has been involved with the sports & entertainment business for 60 years, is one of the sector’s leading boutiques. The firm has placed hundreds of candidates into a variety of functions and roles. It represents all disciplines, including senior management, sales, marketing, operations and administration.