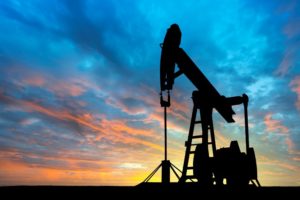 March 19, 2019 – After a national search, executive recruitment firm Preng & Associates has placed David L. French as president and CEO of Rosehill Resources Inc. in Houston, TX. He will succeed Gary C. Hanna, who has served as interim president and CEO since September. Mr. Hanna will remain chairman of the company’s board of directors.

“We are very pleased to have David French join us as our new president and chief executive officer,” said Mr. Hanna. “David brings a wealth of experience and is a proven oil and gas leader with broad technical and exceptional commercial experience across multiple basins, including the Permian Basin. We are confident that David will lead our teams in building on the positive results we have generated and momentum we have created since Rosehill’s formation.”

Mr. French has over 29 years of experience in the energy industry, serving in key executive and operational leadership roles within the energy sector. He most recently served as director, president and CEO of Obsidian Energy since 2016. Mr. French was also director, president and CEO of Bankers Petroleum Ltd. from 2013 to 2016. Earlier in his career, he held various managerial and operational positions at Apache Corporation, McKinsey & Company, Altura Energy and Amoco Corp.

Founded in 1980, with offices in Houston and London, Preng & Associates focuses on senior-level executive search for the energy and natural resources industries. Its consultants have previous employment with energy companies, including Ladd Petroleum, BHP, Shell, KBR, McDermott, Hamilton Bros. and a private equity exploration and production company.

David Preng is the founder, president and CEO of the search firm. He has worked on over 2,000 energy-related searches throughout the world, ranging from board and senior executive to managerial and senior technical positions. His current focus is primarily at the board, CEO and C-suite level positions. Mr. Preng’s industry experience includes financial, managerial and executive positions with Shell Oil, Litton Industries and Southwest Industries.

According to Steve Goodman, who leads the North American energy search practice for Egon Zehnder, it is during difficult times that leadership and innovation are most in demand in this sector. Downturns, he said, are all about finding the right balance between positioning to survive and positioning for coming growth. “The demand for leadership in upstream oil and gas and oil field services companies is compelling,” he said. “However, given oil’s current downward pricing pressure, the feverish demand within O&G and oil field services companies has diminished.” That said, he noted that Egon Zehnder continues to work on C-suite and board transitions as top leadership requires the ability to not only manage growth, but also navigate cyclical storms …. Here is some further reading from Hunt Scanlon Media.

Even In a Deep Downturn, Energy Sector Seeks Leadership
A number of energy specialist recruiters polled by Hunt Scanlon Media recently said “economic uncertainty” and “political volatility” were having a significant impact on petroleum and natural gas companies, but new leadership requirements were surfacing as a result.