Menu
View our Events
Stay Connected:
Selection decisions remain one of the most important that CEOs can make, but this past year has shown us the criticality of effective onboarding, particularly when traditional methods are unavailable. A new report by Summit Leadership Partners highlights the most important pitfalls to avoid. 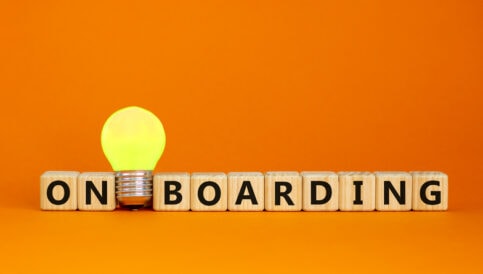 May 4, 2021 – As we look back on working through a global pandemic, we are all taking stock of how various elements of business life have changed in dramatic ways, Todd Fryling of Summit Leadership Partners opined in a new report. “Last year, hiring, particularly at top leadership levels, fundamentally shut down, and most thought it was going to be a momentary pause,” he said. “Eventually, it had to go on, albeit in a very different way. As we have worked with CEOs and their teams over the last year, most have had a new player come on board, giving us some good perspective on both what works, and what clearly does not in onboarding senior executives virtually.”

Selection decisions remain one of the most important CEOs make. However, Mr. Fryling said that this last year has shown us the criticality of effective onboarding, particularly when the traditional methods and routes are not available. He has highlighted some of the most important pitfalls to avoid in a new report.  “Many of these pitfalls are ones that we see under normal circumstances, he said. “When onboarding virtually, however, their impact can be faster and more difficult to dig out of.”

Diving immediately into execution mode when key stakeholders are out of sight.

“It is tempting to think that as you start leading from your dining room desk, you can jump in working your plan for achieving that coveted 100-day magical milestone,” Mr. Fryling said. “Building relationships with peers and direct reports turn to a second priority, better-served face to face. However, the risk of organ rejection – particularly at the highest levels – is dramatically heightened when the investment is not made upfront to build those relationships, understanding different players’ objectives, motivations and frustrations.” 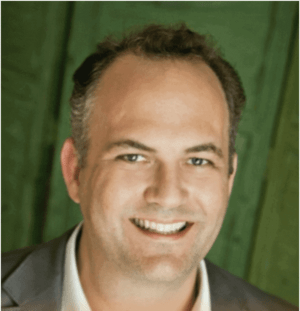 Over the course of his 20-plus-year career, Todd Fryling has consulted with and coached C-suite executives across a variety of industries and stages of growth – from start-up co-founders to Fortune 100 senior executives. In that time, his work has spanned strategy development and deployment, M&A integration, and organization and leadership capability development, all with the common objective of strengthening leadership and organization performance.

It is nearly impossible to recover when those relationships are not cultivated upfront, said Mr. Fryling. “After four months of only transactional discussions with a newly hired CHRO, one long-tenured COO we have worked with threw her hands up and proclaimed, ‘I’m done, I have no need to work with her.’ Obviously, that was not an option, but the repair process has been long and challenging,” he said.

“The best on-boarders take a very intentional approach in a virtual setting. One CEO working through his integration, scheduled initial one-hour virtual meetings with his inherited team with only one rule: no business talk. It was about getting to know each person, their background, family, and what makes them tick. The listening tour is an essential component of any integration experience. When onboarding remotely, the experience is even more critical, even if you never leave your living room.”

Leading with what worked at your last company.

Under normal circumstances, repeated reference to what worked in your previous company has a short shelf-life. “These references only sound more pronounced and trigger only more eye rolls and veiled skepticism when experienced remotely,” Mr. Fryling said. “New hire executives have a short window to leverage the fresh perspective they bring as a change catalyst that others want to follow—anywhere between three to six months. To maximize that unique window when stakeholders are more curious than skeptical, onboarding executives should lead with questions and initial insights about their new operating environment, referencing prior experiences more indirectly, as context.”

Mr. Fryling said frequent references to “when I was at…” only accelerate the closure of that window of influence. One senior marketing strategy executive for a global manufacturer who is charged with implementing significant and controversial change, and who has only met his boss in person once over his four-month tenure, said he led with listening during his virtual meetings with key stakeholders. While confident that his approach from his previous employer would be wildly successful and applicable to his new role, Mr. Fryling said he resisted the temptation to lead with that, focusing more on how he would have to adjust his approach based on the unique circumstances of his current (not previous) reality.

Assuming everybody knows your priorities.

Onboarding executives need to be explicit in stating their priorities, according to Mr. Fryling. “In face-to-face, collocated settings, these can be articulated formally and informally,” he said. “Virtually, it all feels that much more formal when a camera is involved and requires significant repetition for it to stick.”

For one newly onboarded executive that Summit Leadership Partners worked with, there was an urgent business issue that required a significant portion of her attention for approximately the first three months of her tenure. While she dedicated her time to partnering with the CEO to address the issue, her focus was experienced as neglect and disrespect by her direct report team.

Related: Executive Transitions and Onboarding During a Crisis

“When onboarding virtually, it is critical to telegraph your priorities and rationale explicitly and frequently in all communication channels available,” Mr. Fryling said. “Assuming that everybody knows and understands your top priorities is naïve and can be even dangerous, as some draw their own conclusions around who and what you value (and do not value).”

Dismissing technology and using travel restrictions as an excuse to not work on the team.

Mr. Fryling recalls that it was around November when he firmly believed Zoom was going to need to change its tagline, “Meet Happy,” as most were describing their onslaught of Zoom meetings as anything but happy. “Even still, this should be no excuse to forgo critical assimilation discussions with team members, wanting to postpone such discussions until it can be done face-to-face,” he said. “When performed well, effective assimilation sessions reveal leader and team member leadership, communication and ways of working preferences, biases and expectations. Done right these insights come through just as well virtually as face to face. Committing to these discussions and following through builds rapport and trust and accelerates execution as face to face.”

After being challenged to visit all his manufacturing sites due to time constraints prior to the pandemic, one president of a European business unit that Summit Leadership Partners worked with instituted monthly “open forum” Zoom meetings for all people leaders to join once travel bans were implemented. “These forums have morphed from presentation updates to participative two-way discussions on top-of-mind issues, nurturing a stronger bond across all leaders than even what was possible through face-to-face visits,” Mr. Fryling said. “Over 300 leaders attend the session on a consistent monthly basis. Do not let technology be your excuse.”

“Newly hired, external executives rarely fail because of some capability or knowledge gap,” said Mr. Fryling. “What is more true today is that they fail because of underdeveloped relationships which impede buy-in and forward momentum to a new vision. Nurturing these invisible sources of success becomes that much more critical when done virtually requiring an intentional, disciplined approach. What have you seen as critical to get right when onboarding in our new normal?”

Related: 5 Tips for Evaluating, Interviewing & Onboarding in a Virtual World