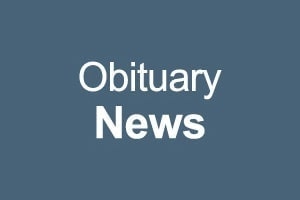 September 9, 2019 – Bill Warren, who launched the world’s first online job board 27 years ago, has died at the age of 77. He is often referred to as “the father of the online recruitment industry.”

“It is nearly impossible for me to put into words just how much Bill’s work transformed the human resources industry for the better,” said Candee Chambers, executive director of DirectEmployers Association, a company that Mr. Warren founded. “He was a fantastic mentor to many, friend to anyone, community supporter, philanthropist, entrepreneur and more. The HR industry has truly lost one of its greatest minds this week.”

Mr. Warren became president of Monster.com in 1998, but left in 2000 to start a competing recruitment organization, WOWEmployers. It later evolved into the DirectEmployers Association, a not-for-profit company that works with employers on a wide range of recruitment issues, most notably compliance with OFCCP, the U.S. government Office of Federal Contract Compliance Programs, a thicket of regulations affecting almost any employer in the U.S. with 50 employees or more. Earlier in his career, Mr. Warren was a vice president of HR with Rockwell International.

“Bill and I first worked together in 1997 at Online Career Center,” said Tom Eckhart, VP of membership development at DirectEmployers. “It was there I learned that Bill was the main influence in the internet recruiting movement. While Bill was a great husband, father, brother, uncle and grandfather, he was also an exceptional businessman.”

“Bill first and foremost was a best friend to his wife Susan and an all-around awesome family man,” said Heather Hoffman, COO of Recruit Rooster. “He was such an inspiration to those around him. He was an incredibly warmhearted man with a brilliant mind for business, and it’s because of these factors that he was able to make such a significant impact on so many lives. It’s hard to quantify just how many people were truly touched by his kindness.”