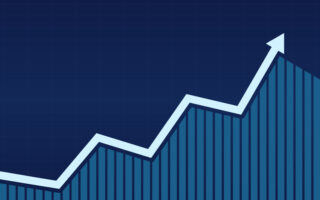 July 26, 2022 – Odgers Berndtson has expanded with the addition of Larry Rubin as its newest partner and co-head for its U.S.-Latin American practice. In this role, he will work closely with other practice area leaders and country managers.  “It’s exciting to grow our presence in Latin America and be able to offer our clients even more value in this region,” said Steve Potter, CEO of Odgers Berndtson U.S. “Larry has deep connections in the Latin America business community which will be invaluable to our clients with growth aspirations there.” Mr. Rubin has experience leading in large, complex corporations and a 10-year track record in the executive search industry. He also is president and chairman of the American Society of Mexico, where he leads the organization in fostering cultural, business, and civic ties between the U.S. and Mexico. In this role, he works closely with the U.S. ambassador (honorary president), representing two million Americans living in-country, companies, and NGOs.

“The experiences and the connections I have made throughout Latin America have enabled me to facilitate successful consulting projects for international companies,” said Mr. Rubin. “I am excited to continue this at Odgers Berndtson while also helping them shape their U.S.-Latin American strategy and outreach.

Odgers Berndtson delivers executive search, leadership assessment, and development strategies to organizations globally. The firm’s 250-plus partners cover more than 50 sectors and operate out of 59 offices in 29 countries. The U.S. wing of the firm launched in 2011 and has been one of the fastest growing search firms in the Americas. It now ranks No. 12 on the Hunt Scanlon Top 50 Recruiters ranking. Odgers Berndtson has U.S. offices in Atlanta, Boston, Chicago, Dallas, Houston, Los Angeles, Minneapolis, New York, San Francisco, and Washington, D.C.

Odgers Berndtson recently added Jonathan Davies as a partner to launch a new U.S. media and entertainment practice for the firm, based in Los Angeles. “Jonathan is an incredible addition to our team and a great example of our commitment to continuing to expand our media and digital expertise,” said Mr. Potter. “We are delighted to add a partner with such a strong track record and breadth of experience in the industry.”  With more than 25 years of experience in the media and entertainment industry, Mr. Davies has held a variety of C-suite global leadership positions with U.S.-based media companies including CNN, Discovery International, and Eurosport. Prior to that, he spent more than 10 years in senior roles at media and advertising agencies, including Mindshare, Saatchi & Saatchi, and Ogilvy.

Odgers Berndtson also recently named Conrad Woody, partner and leader of the firm’s association and corporate affairs practice, as head of its Washington, D.C., office. “Today, organizations are held to a very high standard of transparency, constant communication and managing public reputation,” said Mr. Potter. “We are well positioned in D.C. to pinpoint and place leaders with the global experience and political savvy to be successful in high-pressure corporate affairs roles, and I look forward to Conrad’s leadership to elevate our presence in Washington and the broader Mid-Atlantic market.”

Odgers Berndtson also appointed Coleen Howard as a partner in the asset, wealth and alternative investments sector of the firm’s financial services practice based in Boston. “Coleen is uniquely positioned to recruit C-suite executives, senior leaders, and board members through her experience working for major Wall Street firms including her nearly five years with State Street Global Advisors leading their talent acquisition efforts and goals,” Mr. Potter said. An experienced financial services executive with a 20-year Wall Street career working for Bank of America Merrill Lynch, BNY Mellon, and Fidelity Investments, Ms. Howard joined Odgers Berndtson from State Street Global Advisors where she was vice president of talent acquisition. She currently serves on the educational committee of 100 Women in Finance which she has been a member of for more than seven years.