Menu
View our Events
Stay Connected:
Private equity firms draw upon both executive search and in-house teams to recruit new talent. As their hunt for workers widens, they are increasingly aware of the critical role that leadership teams play in the performance of their portfolio companies. In a newly released report, BoardEx explores the background and experience of thousands of portfolio company CEOs and CFOs. 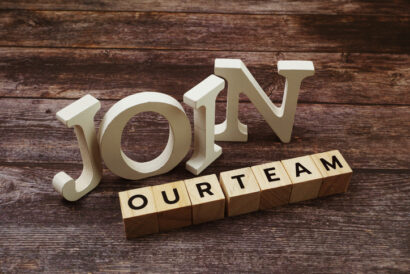 June 7, 2022 – In 2021, the global PE market boomed across fundraising, acquisitions, and exits — buoyed by cheap financing and vast monetary stimulus — and resulted in increases in share and private capital market prices. In total, $1.17 trillion of deals were recorded between January and September 2021 — more than in any year since 2015, according to “Insights on Portfolio Company Talent 2022,” the latest report from BoardEx, which is now a part of Altrata. Yet, despite the optimistic environment, a consequence is that PE firms face greater challenges in achieving their promised returns amid higher entry prices. In turn, these promised returns depend on creating value from the portfolio companies these PE firms have acquired. “PE firms are increasingly aware of the critical role that leadership teams — from the CEO and CFO to the board members and other executives — play in their portfolio companies,” the study said.

A recent Bain & Company report, based in part on a survey of PE professionals, found that the quality of portfolio company management is the reason most cited for deal success and the second most-cited reason for deal failure. In addition, more than 90 percent of respondents said that waiting too long to take action on talent issues had resulted in portfolio company underperformance in the past five years. “Certainly, having the wrong leadership, particularly the CEO, can come with a heavy price,” the BoardEx report said.

Making the right talent decisions — across many portfolio companies and under tight timelines — is not straightforward. In some cases, the right leadership team, or the majority of individuals, may already be in place. But in others, the PE firm may need to recruit a number of roles internally or externally. PE firms must define the ideal experience and capabilities for each role, and ensure the total sum of the team fits in with the firm’s overall strategy for the portfolio company.

To do this, PE firms draw upon both executive search and in-house teams to recruit new talent. In addition, PE firms are increasingly using in-house talent teams that focus on supporting the portfolio companies themselves with talent assessment, building and nurturing, as well as driving diversity.

In the case of recruiting a CEO or CFO for a new PE-owned firm, for example, the desired profile is likely to differ by company and PE firm strategy. For some, previous sector experience will be important. For others, previous portfolio company experience may be the priority, or it may be a specific skill-set that is most important, along with a long list of other capabilities, qualities and motivations.

Bringing Added Value to the PE Firm Through Connections

In addition to the value they bring to the portfolio company they helm, the individuals who make up the leadership team offer a number of other — often overlooked — benefits to the PE firm owner.

Portfolio company leadership teams are well connected to large numbers of senior business decision-makers around the world. “Given their remit, these leaders have professional relationships that connect them to a range of top executives, including board members and C-suite executives, chairpersons, committee members, and others,” said BoardEx.

Over Two-Thirds of Current U.S. Portfolio Company CEOs and CFOs Were Appointed Externally

BoardEx’s Insights on Portfolio Company Talent 2022 offers unique insight into the characteristics of the CEOs and CFOs who lead these companies, making it an essential read for firms looking to make the most of their talent management and acquisition strategies.

Leadership teams play a critical role in their portfolio companies and the impact on company performance. The CEOs and CFOs brought in to steer these companies are selected for their experience and connections aiding the PE firm in recruitment, due diligence efforts and facilitating business development. To view the full report click here!

“These networks of connections are powerful enablers for PE firms on both the recruitment and business development fronts,” the study said. “It is well known, if little studied in academic circles, that referrals and warm introductions are much more likely than cold calls to be greeted with an amiable response in the world of business”

Having reviewed the important and intricate positions that portfolio company leadership must navigate successfully, BoardEx highlighted key characteristics of today’s portfolio company CEOs and CFOs, each within the context of their own peer group.

The average U.S.-owned portfolio company CEO or CFO was in his or her early to mid-50s, said the report. Given the importance of senior executives — especially the CEO — to a portfolio company’s performance, PE firms often recruit talent with extensive prior experience. This is reflected in the age profiles of CEOs and CFOs in this universe of companies. Almost half of the CEOs (47 percent) were age 51 to 60, and 77 percent were in the 46-to-65 age group. Their average age was just shy of 54. CFOs had a slightly younger age profile, with 79 percent between 40 and 60 years old. According to the report, their average age was 52.

Just 7.5 percent of U.S. portfolio company CEOs were women, the BoardEx report found. Although women are underrepresented in senior executive positions across almost all business sectors, the gender imbalance at the top of U.S. portfolio companies was particularly pronounced. A total of 92.5 percent of U.S. portfolio company CEOs were male. The situation was only slightly better among CFOs, with women accounting for 14 percent of the total. Despite the mounting calls for greater gender equity in the corporate world, it remains to be seen how quickly the share of female CEOs and CFOs in PE-owned firms will increase. Despite this, the low female representation is not an outlier when seen against businesses in both the S&P 500 and the S&P SmallCap 600 Index, the latter of which, among stock market indices, is a relatively good match for these portfolio companies with regards to market capitalization.

Large and prestigious universities head the list, according to the BoardEx report. Many CEOs and CFOs obtained at least one undergraduate or postgraduate degree from renowned U.S. universities, with the top 10 universities accounting for 35 percent of such individuals’ degrees. The universities in the top-10 list tend to have particularly high-ranking business schools, with the aim of preparing their students for eventual CEO or CFO positions. Alumni of these universities also benefit from the highly developed alumni network programs typically available, which offer their graduates access to an influential and elite set of individuals and events that may go on to advance their careers significantly. According to the study, for the two positions specifically, Harvard University led for CEOs while the University of Pennsylvania topped the CFO list.

More than 70 percent of current PE-owned firms’ CEOs and CFOs were appointed externally. The BoardEx report showed that 71 percent of U.S. portfolio company CEOs and 75 percent of CFOs, were external appointments. This is perhaps not surprising. PE firms often replace — sometimes immediately, sometimes later — the CEOs of companies they acquire, in many cases because of a perceived lack of fit with the PE firm’s culture and investment strategy. “Because PE firms have invested significant capital in the portfolio company, they will want to hire a CEO and CFO who are fully aligned with their approach,” the study said. “Moreover, because portfolio companies tend to be smaller than publicly traded firms, the internal succession pool may be limited.”

Still, there is not an insignificant proportion of CEOs and CFOs who simply stay on in their roles regardless of company ownership, with the PE firm benefiting significantly from the enormous value, knowledge and experience they bring to a business they have often either founded or been with for a considerable time.

Upon assuming their current role, the average CEO or CFO of a U.S., PE-owned firm had more than 20 years of professional experience, the BoardEx report found. They also tended to have had some prior portfolio company experience, given the specific skills needed to drive company performance and, ultimately, achieve a successful exit. Leaders with a strong track record as a CEO or CFO at a publicly traded company will not necessarily be destined to succeed in a PE-owned firm environment, with its more accelerated timescale and different challenges and pressures. That said, at an average of around three years for both roles, previous portfolio company experience does not appear to be an absolute necessity.

U.S. portfolio company CEOs and CFOs had been in their current positions for more than five and three years respectively, said BoardEx. Since assuming the role, CEOs of PE-owned firms had spent an average of 5.6 years in their position. Portfolio company CFOs, on the other hand, were in their current posts for 3.2 years on average. Given the typical five-year timeframe for many U.S. PE investments, these figures highlight the need for PE firms to consider possible successions during their stewardship of the portfolio company.

Among CEOs, this tenure was longer than that of their peers in companies in the S&P 500 Index, according to the BoardEx report. CEOs of U.S. PE firms’ portfolio companies had, on average, been in their positions for longer than the CEOs of large publicly traded firms in the S&P 500 Index (4.7 years). This may reflect the tendency of some PE firms to install new senior management at a company soon after acquiring it, as well as the continuous pressure on CEOs of large publicly traded companies to meet market earnings expectations.