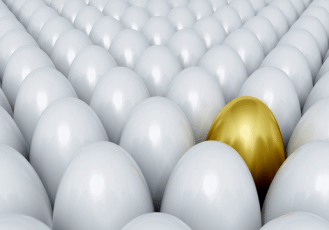 Another top 25 firm changing leaders is Dallas-based Pearson Partners. Keith Pearson, who co-founded the firm in 2002 with his father, Bob, and who has served as vice chairman and president since 2007, will now manage the firm’s strategic direction and day-to-day operations. “It’s a thrill to look back on our evolution into a global, full-service firm,” said Mr. Pearson. Robert L. Pearson launched his executive search career at Russell Reynolds Associates 31 years ago; he then became the Southwest managing partner of Lamalie Associates (later known as LAI Worldwide) before being elected its chairman and CEO. Following several acquisitions and an initial public offering (IPO) in which he was instrumental in bringing one of the first search firms to public market, the company was sold to TMP Worldwide (later known as Monster Worldwide.). Earlier this year he received the recruiting industry’s top recognition: the Association of Executive Search Consultants’ prestigious Gardner W. Heidrick Award. “Mr. Pearson has consistently been a model of integrity for our profession,” said AESC president Peter M. Felix.

Passing down a family legacy has also just occurred at the sixth largest U.S. search firm, DHR International. Twenty-five years ago David H. Hoffmann formed DHR through an acquisition of the assets of Boyden’s Chicago and Upper Montclair, NJ locations; Mr. Hoffmann had been a top producer at Boyden. Since then he has built DHR into a $143 million U.S. recruiting powerhouse. As a long-time member of the firm’s management team, Mr. Hoffmann’s eldest son, Geoff, was seen by his father as the most natural choice to succeed as the firm’s next leader. (Stock in the company is largely held by the Hoffmann family). “Geoff is really the one whom I credit with taking DHR to the next level, to a global platform,” said David Hoffmann in a recent Hunt Scanlon Media Viewpoint interview. “You can really see the scope of our global growth now and, as much as I’d like to take credit for it, I think part of my job was to find a successor which I did with Geoff.”

RSR Partners, founded a decade ago by industry leader Russell S. Reynolds Jr., this year looked inside its own organization for a successor. Barrett J. “Brett” Stephens has now taken the helm of RSR as the firm’s newly appointed CEO. Joining RSR’s predecessor company, Directorship Search Group, in 1999, Mr. Stephens will now manage the firm and its 20 consultants based in New York, Chicago, Cleveland and Los Angeles. “The time has come for a new leader to run our firm and I am delighted that Brett has agreed to accept additional responsibilities, most of which he has been doing for some time,” said Mr. Reynolds who plans to remain involved with the firm on a full-time basis as chairman.