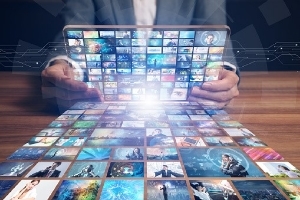 “Andrew has been a rainmaker in the industry for nearly two decades and we are thrilled to have him join our group,” said Paul Nolan, Nolan Partners’ group managing director. “Strengthening our media and entertainment offering is a key priority and with Andrew’s appointment, this can now be a growth area for our business.”

Mr. Moss has spent nearly two decades in the sports industry in addition to significant work in entertainment, broadcast and media properties. He comes to Nolan Partners from Oliver & Ohlbaum Associates, an independent strategic adviser in sports, media and entertainment, where he served as chief commercial officer since 2015.

Prior to his work with Oliver & Ohlbaum, Mr. Moss founded AMC Media, where he worked as managing director & consultant from 2012 to 2015. Before that, he was employed by World Wrestling Entertainment as international counsel & head of sales/distribution from 2010 to 2012. He also spent three years as the head of acquisition, business & legal affairs for Sony Pictures Entertainment (properties including Who Wants to Be a Millionaire and Jeopardy). In addition to a long history as a private consultant in entertainment, Mr. Moss also spent time with the Football Association & Wembley National Stadium Ltd.

“The opportunity to bring years of experience to a company with such an impressive growth trajectory as Nolan Partners is truly exciting,” said Mr. Moss. “This group is the benchmark in how to professionally and strategically find the best talent, regardless of source, for the biggest sports and entertainment brands in the world.”

In November, Nolan Partners expanded its U.S. operations with the addition of former sports agent Graham Boone as an associate in Los Angeles. “Graham’s expertise in basketball operations, advanced scouting and player analytics, along with his reputation among NBA general managers, is of great complement to our growing North American practice,” said Mr. Nolan. Mr. Boone previously served as the director of basketball operations and a National Basketball Players Association player agent for Tandem Sports + Entertainment, where he worked on behalf of NBA stars like Tim Duncan, Jeremy Lin, Grant Hill, Ray Allen and Thaddeus Young, among others.

Given the search industry’s knack for finding a need and filling it, it was only natural that recruitment firms would soon step to the fore in the sports sector, which has become a growth area for executive search businesses.