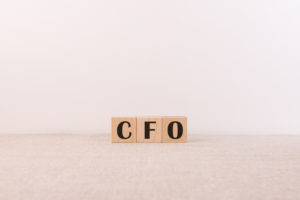 January 5, 2021 – Noetic Search has assisted After School Matters (ASM) in the recruitment of Michael Bradley as its new CFO. Noetic Search was seeking a proven financial and operational strategist who has a successful track record of fiscal integrity and strong management skills.

Mr. Bradley checked all the boxes. Previously, he was chief financial officer of ACERO Schools. Before that, he was director of education options for Chicago Public Schools. Earlier in his career, Mr. Bradley was chief operating officer at both KIPP St. Louis and the University of Chicago Charter School. He also gained experience at various positions with the Henry Ford Academy, Chicago Community Land Fund, Robert W. Baird & Co., and KPMG.

In his role with After School Matters, Mr. Bradley is responsible for promoting integrity and transparency in all matters relating to fiscal operations, human resources, information technology, facilities, procurement, government regulations and the warehouse. He will be expected to provide effective leadership and strategies in the areas of finance and administration to support growth and mission impact for ASM, the search firm said.

After School Matters was founded in 1991. Since then, more than 300,000 teens have participated in the hands-on, project-based after-school and summer programs in the arts, communications and leadership, sports, and STEM (science, technology, engineering, and math).

Headquartered in Chicago, Noetic Search specializes in finding leaders in the non-profit sector. Its clients include animal welfare organizations, cultural institutions, foundations, and human service groups, among others.

The search firm is led by founder and president Rhyan Zweifler. Throughout her 30-year career, Ms. Zweifler has focused on the charity sector through her work in executive recruitment, museum management and development. She launched Noetic Search in 2010. Specializing in CEO and senior management searches, she has placed more than 170 national leaders for cultural, human service, educational and grant-making organizations. Ms. Zweifler has overseen all aspects of the search process, including marketing and sales, client management, candidate development and closing.

For corporate finance executives who want to de-stress their lives, moving into the non-profit world is one obvious avenue. But a new report by professional services firm BDO USA pointed out that some of the issues they would face there might remind them of their for-profit jobs. For one, their fellow C-suiters may not fully appreciate some of the challenges that CFOs face. Non-profit CFOs are much more attuned to the difficulty of dealing with regulatory and legislative changes.

Like their for-profit counterparts, non-profit CFOs have also been tasked with assessing the impact of the new tax-reform law, implementing the necessary changes and determining the most beneficial tax strategies going forward. They were also involved in implementing accounting changes for revenue recognition and leasing arrangements. Finally, the CFOs were somewhat less concerned about cybersecurity than were the others. Exactly half of the former respondents, but 57 percent of the latter, said it’s a high or moderate challenge for non-profits’ boards.

BDO appeared to lightly criticize the finance chiefs for not taking cybersecurity seriously enough, saying that “CFOs could be overlooking tech-related challenges.”

“While information technology is often not under [non-profit] CFOs’ immediate responsibilities,” BDO said in its survey report, “the security of financial technology systems — including donor databases — is a crucial element of a non-profit’s overall cyber hygiene.

“Anecdotally,” the report said, “protecting organizations from cyber threats is consistently on board agendas. A CFO’s role might primarily live within the organization’s finance arm, but as veterans of the non-profit space know well, an effective leader in the dynamic non-profit world is a jack of all trades.”

Check Out These Related Articles on Search for Non-Profit CFOs: