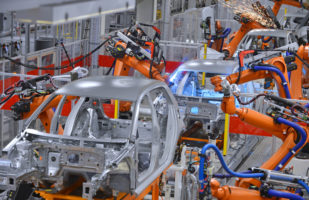 September 16, 2020 – The executive search field continues to be a welcoming landing pad for HR executives looking for a career change. Recently, executive search firm NGS Global added former CHRO Anthony Papa as managing partner and leader of its automotive and industrial practices in North America. He will be based in Detroit.

“As a former chief human resources officer, Tony has extensive first-hand experience attracting and assessing world-class executive talent,” said David Nosal, chairman of NGS Global. “He also brings first-hand knowledge of the challenges automotive clients face and how design, development and manufacturing is evolving. We feel Tony’s depth and breadth of knowledge will be a tremendous asset to our automotive and industrial clients.”

Mr. Papa has a 30-year track record of success in human resources and operations leadership positions within global Fortune 500 automotive manufacturing companies. He served most recently as senior vice president and chief people officer at Federal-Mogul Motorparts, where he supported an employee base of 16,500 across the Americas, Europe, the Middle East, Africa and Asia-Pacific. Earlier in his career, Mr. Papa held senior global leadership positions and served as an officer at Meridian Lightweight Technologies and the Gates Corp.

In addition to leading the human capital function, Mr. Papa has held senior leadership responsibilities for World Class Manufacturing (WCM) and Operational Excellence, as well as Total Quality Management. He has held positions in the U.S., Canada, as well as Europe, and helped lead market expansion initiatives in virtually every region of the world. Mr. Papa has been featured in multiple publications, including HR Professional Now and Meet the Influencers. He has served on economic advisory boards and is a frequent guest lecturer and panelist at colleges and universities in greater Detroit.

“Having recruited hundreds of executives across functional areas both on my own as well as with the support of recruiting firms, I am excited to leverage my years of experience in the automotive and industrial sectors within a global executive search firm that has a partner-led execution model,” said Mr. Papa. “NGS Global’s client-centric, highly accountable approach to executive search really makes the organization stand out in my mind.”

For CHROs, chief talent officers and other C-suite HR executives, the crossover skills required in the search business are nearly identical, and Hunt Scanlon Media has recently tracked a number of successful transitions. We have taken note of the trend among top-ranking HR executives reestablishing themselves as executive recruiters. Here’s a look at some of the more prominent ones:

McDermott + Bull expanded with the addition of former HR executive Alisa Nagle as a managing director to drive the firm’s global industrial, automotive and mobility practice. Based in Detroit, she will also play a critical role in launching the firm’s office in the region. Ms. Nagle has spent over 25 years as a human capital leader and transformation business partner. As a former chief human resources officer and head of HR, she excels in identifying and assessing top leadership talent to achieve game-changing transformation, growth, and success for her clients in the industrial sector.

Protis Global has added Cheri Ehrlich Eisen as its SVP of business development. In her extensive 20-plus years of talent acquisition and HR leadership experience, she has partnered with major entities in the entertainment space, including Walt Disney Television and NBC Universal. Ms. Eisen currently serves as president of RAZR Recruiting + Consulting, which was launched in 2015 to help businesses find key talent for their organizations. Before that, she was senior director of human resources and talent acquisition for Fusion, an ABC – Univision joint venture.

Positive Moves, based in Gurgaon, in India, expanded with the addition of former CHRO Gautam Anand as a partner. Previously, Mr. Anand served as CHRO at Airtel, where he led the people agenda during a period of intense industry disruption and proved instrumental in guiding the company to become a digital products company. 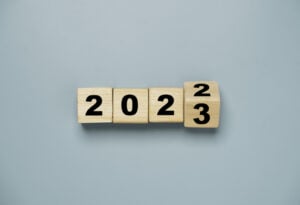