Menu
View our Events
Stay Connected:
In a search that has hit several roadblocks, the New York Mets have now turned to Korn Ferry to help vet candidates for their general manager position. Let’s take a closer look at why this role has been so difficult to fill . . . and where the Mets will turn next to fill the team’s top position. 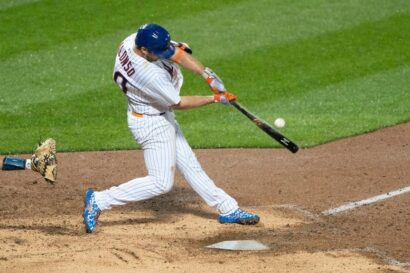 November 12, 2021 – According to multiple sources, the New York Mets have called in Korn Ferry to assist in its search for a new general manager. Speaking to reporters at the general managers’ meeting on Tuesday, Mets team president Sandy Alderson said what initially began as a hunt for two roles, a president of baseball operations and general manager, has been reduced to essentially a GM search. Mr. Alderson declined to provide a timeline on a hire but said he’s hopeful. He has already spoken to the candidate who will accept the job and that he might have more clarity today. “We are continuing the process and talk to people,” he said. “We have already blown through what most people would say is a reasonable timeline.”

Mr. Alderson and owner Steve Cohen have spoken to several candidates to lead the front office, but for various reasons have yet to find the right fit. In some cases, the Mets have failed to receive permission to speak with individuals, but Mr. Alderson also said some candidates might find the New York spotlight too bright. “I think people are comfortable where they are, whether it be a family situation or something professional; and I think in some cases admittedly there is a reluctance to come to New York,” Mr. Alderson said. “But I think it’s more about New York than the organization or what have you. It’s a big stage and some people would just prefer to be elsewhere.”

One name that has cited by multiple sources is Adam Cromie, a former Nationals executive who left baseball in 2017 to become an attorney. The Washington Post first reported the Mets’ interest in Mr. Cromie, who is employed by the Jones Day law firm in Pittsburgh, where his focus is mergers and acquisitions, corporate governance, and general corporate matters.

Korn Ferry has a history of working with Major League Baseball, having placed Rob Manfred in the commissioner’s post. The firm also placed another top candidate the Mets were interested in, David Stearns, who Korn Ferry recruited in 2015 as general manager of the Milwaukee Brewers. The Mets were denied permission to interview the 36-year-old by Brewers owner Mark Attanasio. Mr. Sterns in under contract with the Brewers until 2022.

The general manager role may be the toughest job in professional sports to fill. In the last decade, as the four major North American professional leagues – Major League Baseball, the National Football League, the National Basketball Association and the National Hockey League – have seen revenues and profits soar, the role has become more complex, more challenging and exponentially more stressful, according to a report issued by the Korn Ferry Institute. Increased media attention, fueled by the 24-hour news cycle of cable television, the internet, and social media, has put general managers under intense, and unprecedented, scrutiny.

The GM post, once an unheralded backroom position handled in relative obscurity by former players, is now tracked and analyzed with such precision by fans and the sports media that job security has dropped precipitously. High turnover has heightened the work of executive recruiters.

Korn Ferry has placed Derek Falvey as executive vice president and chief baseball officer for the Minnesota Twins. “It’s a tremendous honor to have the opportunity to lead the Twins baseball operation. This is a proud, resilient franchise, and I’m eager to return championship-caliber baseball to the Twin Cities,” said Mr. Falvey. Korn Ferry also helped the Milwaukee Brewers and Toronto Blue Jays last year in GM searches that resulted in the hiring of first-time GMs David Stearns and Ross Atkins, respectively.

“The general manager has to be smart, self-confident, both publicly and privately with owners, have an academic orientation, but also be telegenic,” said Billy Beane, the longtime general manager of the Oakland Athletics and former Mets first round draft pick who withdrew his name from consideration for the job in Queens. “The individual has to be able to build an all-encompassing vision.”

The general manager position is also evolving, and that’s adding complexity to the role. The influx into some sports of highly educated, versatile, data-driven young executives is reshaping the job in dramatic fashion, according to the Korn Ferry report. New general managers who emerge as winners, it said, will be those who are self-motivated, intellectually curious, have a non-stop work ethic, the ability to evaluate talent and a leadership style that can inspire individuals both inside and outside of their organization.

“In the past, the GM needed to have played the games, bloodied their knuckles and bloodied their nose,” said John Schuerholz, president and former general manager of the Atlanta Braves. “The GM job today is much more sophisticated. It involves player analysis, a statistical component, and softer skills such as getting a feel for the players. It’s also essential that GMs have a lively intellect.”