Menu
View our Events
Stay Connected:
The most fragile part of the search process often takes place at the one-yard line, where the candidate of choice heads to the corner office to resign. It can be the most contentious moment along the entire recruitment journey. To avoid any untoward risk, one top recruiter from SPMB, Mike Doonan, offers five tips to prepare candidates as they head for the exit door. 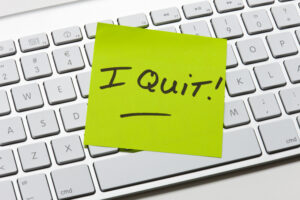 November 12, 2021 – So, you’ve just run an exhaustive search process leading to a key executive that everyone has agreed is ‘the one.’ The negotiations are finally over, the swords have been put away and you have a signature on the offer letter.

Time to celebrate, right? Think again. Never underestimate a candidate’s ability to blow themselves up at the one-yard line. Their resignation presents one of the greatest risks in the search process. As a hiring manager, it is critical to prepare your candidate for a successful resignation to avoid unwanted surprises.

Here are the five tips that Mike Doonan, managing partner at Silicon Valley executive search firm SPMB, gives to his candidates leading up to their resignation: Never say that you’re thinking of leaving; resign with a transition plan in place; give notice at the end of the work week; keep your move close to the vest; and set a clear departure date.

Let’s take a closer look at each step of the process:

You’ve been working with the same boss for years and have a close, even personal relationship. It’s natural to think it would be way too abrupt to walk into their office and announce, ‘I’ve decided to leave the company’ – right? Wrong, said Mr. Doonan.

“If you say you’re ‘thinking of leaving,’ you’re actually giving your boss homework: You’ve just invited him or her to come up with ways to get you to stay,” said Mr. Doonan. “If your boss rushes to the company’s management team to put together a counter-offer that you then turn down, your boss will have egg on his or her face – and the outcome is the same: you’re still leaving.”

2. Resign with a Transition Plan in Hand

Drafting a transition plan shows that you’re empathetic – you care about the company and your boss. Whether your employer chooses to implement your plan or throw it in the trash is up to them. But put together a transition plan outlining how you’d make do with your own departure, said Mr. Doonan.

Your plan should include how to tie off outstanding projects as well as a list of key team members you rely on most and in what capacity, plus names of colleagues who can fill critical gaps until replacements are found. Non-obvious people (in or outside your organization) whom you’ve used to succeed, along with contact information or even introductions, should also be included. 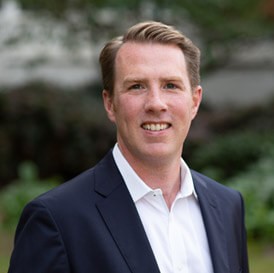 Mike Doonan leads the firm’s digital transformation and data practice and has executed over 350 C-level and VP searches across all market verticals. Over the past two decades, he has earned a reputation as a strategic partner and leadership architect, helping his clients build executive teams that bridge the gap between innovation and scale. He also works closely with large incumbents to evolve their technology, IT, product, data, security and digital capabilities.

3. Give Your Notice on a Friday

People typically want to take the weekend to think about an exit plan and execute that plan on a Monday. Resist that notion and give your notice on a Friday. “The reality is you’re heading to greener pastures and now everyone needs to look at you for the next five days as the company determines its next move,” said Mr. Doonan. “Instead, make a clean break on a Friday. Let the dust settle over the weekend. Give your boss and close colleagues time to think and work through their reactions. When you come in on Monday, it’ll be easier to work on a transition plan.”

4. Keep it Close to the Vest

Are you feeling pressure to give the details of your new role and employer? Be careful what you reveal before departing. “Particularly if you’re heading to a direct competitor, do yourself a favor and keep the details close to the vest,” said Mr. Doonan. There can be hidden risks in being too forthright with your employer on your next move.

“A diplomatic response to the question,” said Mr. Doonan: “‘So, where are you going?’ might go something like this: ‘There’s someone currently in the position I’m moving into, so I can’t share the company publicly yet. When I can, you’ll be the first to know.’ Your boss may be disappointed with that answer, but it will likely protect you from a bad situation between the time you give your notice and your last day.”

You might think, ‘I’m the only one who can close out these critical projects, so I’ll offer to stay involved.’ Think again, said Mr. Doonan. You may set yourself up for failure.

“I had a friend who was a star executive at her company. When she gave notice, she offered to ‘work nights and weekends’ after her departure date to help bridge the gap,” said Mr. Doonan. “She did just that – but, given her additional responsibilities on top of her transition, she produced sub-par results. Her employer probably shouldn’t have accepted her offer to continue helping, but she shouldn’t have made it in the first place. By trying to be helpful but not delivering at the same level, she lost the opportunity to go out at the top. Leave decisively – you won’t be doing anyone any favors otherwise,” he cautioned.

The takeaway, said Mr. Doonan, is that once the offer letter is signed, you may feel like the next steps are out of your hands, but they’re not. “Coach your candidates to follow these five steps and the transition will not only be smoother for them and their employer,” he said, “but you’ll also regain some control over the most fragile part of the search process.”