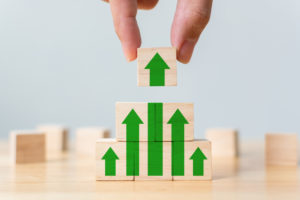 November 8, 2019 – N2Growth, a Philadelphia-based management consulting and executive search firm, has appointed Leslie Goldhill as a principal and senior advisor specializing in board and C-level search assignments. Ms. Goldhill will report directly to Tim Dunn, chief commercial officer at the firm.

“Leslie brings a wealth of executive search experience to N2Growth,” said Mike Myatt, founder and chairman of N2Growth. “She has worked in corporate talent acquisition, staffing, consulting, and retained executive search. We are thrilled to have Leslie on the team.”

Prior to joining N2Growth, Ms. Goldhill ran her own executive search firm, specializing in placing senior executives. Previous to that, she was the CEO of Bluegrass Talent Group, a market director of Kforce, the director of executive search for the Oliver Group, and worked in talent acquisition for Humana. She also serves as a member of the board of directors for JFCS Louisville.

“Ken is a proven leader with a strong record of exceptional accomplishment as a Division I athlete, combat infantry officer, and strategic advisor,” said Mr. Myatt. “We are thrilled to have him on the team.”

Previously, Mr. Rowe completed a one-year fellowship as an advisor to the mayor of Boston through the Harvard Business School’s Leadership Fellows Program. In this role, he worked as an internal strategic consultant for the mayor, the mayor’s chief of staff and members of the mayor’s cabinet. Mr. Rowe worked on large impact projects focused on commercial real estate, waste management contract negotiations, public transportation, affordable housing, veteran services and education.

Earlier in his career, Mr. Rowe was an active duty infantry officer in the U.S. Army. He was a four-year distinguished cadet at the United States Military Academy and was also a member of West Point’s NCAA Division I hockey team. Throughout his six years in the Army, he led teams of 25-45 soldiers for over three years and two combat deployments to Afghanistan in light infantry and special operations units. In Mr. Rowe’s final role in the Army, he served as a general’s aide de camp for the deputy commanding general of the U.S. Army’s Research Development and Engineering Command.

“It’s not often a search firm has the chance to hire a multi-time CEO, who has worked across industries, in public companies, PE and VC backed companies, and closely-held family businesses,” said Mr. Myatt. “Brian has been an individual investor, part of the buy-side, part of the sell-side, and is well-versed in what it takes to be successful in rapidly growing, technology-enabled companies. It’s one thing to talk about things in theory; Brian has done it himself.”

Prior to joining N2Growth, Mr. Kibby served as CEO of Knewton, where he led a team that created an AI-driven, SaaS model for higher education course materials. The success of this model led to Knewton’s acquisition by John Wiley & Sons earlier this year. Prior to that, Mr. Kibby was the CEO of MV Transportation, the nation’s largest privately-held transportation company with more than 18,000 employees. Before that, he was president of McGraw-Hill Higher Education. Earlier in his career, he held executive positions at Pearson and McGraw-Hill.

“I have been relentless about two things in my professional life: recruiting top talent, and developing leaders,” said Mr. Kibby. “Nothing brings me more joy than helping organizations achieve their full potential by empowering their people to achieve theirs.”

N2Ventures advises businesses throughout the capital life cycle. In addition to its advisory services, the practice can be an active investor as well if a business needs assistance with capital formation, capital allocation, capital deployment, capital structure, or require buy or sell-side assistance. N2Ventures provides a set of value-added advisory services that increase the velocity of growth in EBIT and valuation of portfolio companies. “We help PE and VC firms manage investment and performance risk, shorten time to exit, and increase valuation across their portfolio companies,” the firm said.