Menu
View our Events
Stay Connected:
An organization undergoing scandal seeks new leadership. Sadly, not exactly a new mandate for executive recruiters – but when these high profile assignments surface the pressure is on to identify someone quietly, and quickly. 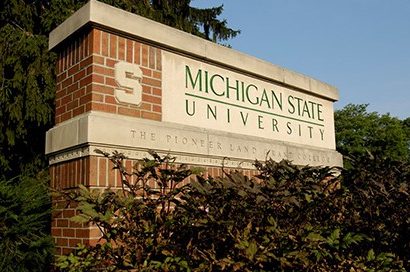 March 5, 2018 – In the wake of the sex abuse scandal involving sports doctor Larry Nassar, which forced the president of Michigan State University (MSU) to step aside, the school now faces the challenge of finding a new leader. President Lou Anna Simon resigned in January over the school’s handling of accusations against the former U.S. gymnastics and MSU physician.

This is the first time in 25 years that MSU has conducted a nationwide search for a new leader. Ms. Simon, who became president in 2005, had a long history with the university and was selected without a national search.

“The search for the president is going to be a very significant search, it will set the tone and the tenor of this university for the future,” said Deborah Moriarty, a professor in the College of Music, during a recent faculty senate meeting, according to MLive Media Group. “We need to have inclusion of the faculty and the students, and we need to have implementation of what the faculty and the students feel is important.”

Michigan State faces the challenge of attracting a candidate to an institution that has been shaken by Dr. Nassar, who sexually abused more than 250 women and girls under the guise of medical treatment.

Principal Recruiter Wanted at 20/20 Foresight Executive Search
The Principal Recruiter will execute searches across the real estate, financial and service industries while developing their knowledge and network in the Chicago and other recruiting markets in the Midwest.  Apply now on Ezayo!

The university has issued no timetable on the search. Pennsylvania State University’s search for a new president, following the Jerry Sandusky child sex-abuse scandal, lasted nearly two years. But as every recruiter knows, the challenge is to fill these open roles as discreetly and quickly as possible.

The MSU board of trustees unanimously voted at a recent meeting to appoint former Michigan Gov. John Engler as interim president. The school said he is not a candidate for the role on a permanent basis.

“As the father of three daughters who just completed their undergraduate degrees, I put myself in the place of every parent who has sent their loved one to this great institution,” said Mr. Engler. “I understand the concern and uncertainty as well as the frustration and anger. To those parents, be assured that I will move forward as if my own daughters were on this campus and will treat every student as I would my own daughters.”

A number of search firms have been called in to bid on the assignment including Russell Reynolds Associates, one of the top five recruiters in the U.S. The firm provides executive search and leadership solutions services across a wide expanse of specialty subsector verticals, including global media, entertainment, technology and the athletics markets. The firm’s consultants from these practice groups are expected to lend their expertise in assessment, succession planning and culture fit to the assignment.

The firm is well acquainted with the Nassar scandal, having recently placed Kerry J. Perry as the new CEO of USA Gymnastics. The organization had been without a CEO since Steve Penny resigned last March because of allegations that he and USA Gymnastics failed to properly address claims of sexual abuse against member coaches and Dr. Nassar. Managing director Nada Usina led that search with consultant Libby Naumes.

Recruiters not involved in the search are in agreement that the incoming CEO will have a big job in restoring the image of Indianapolis-based USA Gymnastics, which is charged with setting the standard for the sport at all levels and selecting the U.S. Olympic team.

In recent months, a number of top schools have announced that they are looking for new, high-profile leaders to take them into new eras of fundraising, digitalization, sports and, in some cases, globalization. Several universities have gone for years or even decades without changing leaders, and their boards of trustees and search committees are finding an entirely new and highly competitive landscape as they set out. That’s another reason why they’re summoning recruiters to help.

“It is no wonder that universities and institutions of higher learning are turning to executive search firms in droves to fill their top roles,” said Diversified Search CEO Dale Jones. “Recruiters have the requisite skills to manage a process that at times can be unwieldy, but more importantly they can help to expand a university’s reach and use their well-honed assessment skills to find the very best leaders in and out of higher education.”