Menu
View our Events
Stay Connected:
A new report from Korn Ferry sheds light on a new approach that the fast-food giant, among others, is trying to boost diversity leadership. While linking pay to DE&I hiring targets is innovative, it poses challenges. Let’s take a closer look. 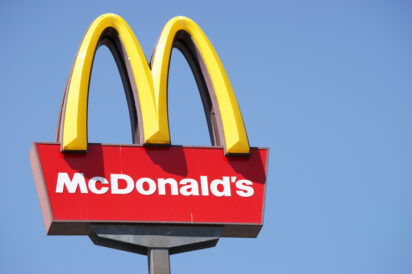 April 1, 2021 – In the end, money may be the only way to move the diversity needle. After watching most companies fail in their efforts to add more leaders of color, the world’s largest fast-food chain has decided to tie executive pay to the challenge. McDonald’s said it is tying 15 percent of an executive’s bonus to meeting targets including diversity and inclusion. A new report from Korn Ferry, however, reveals how tricky this strategy can be for companies. McDonald’s had discussed such an effort in the past year, but this put “some teeth and transparency behind it,” said Sheila O’Grady, a Korn Ferry senior client partner and head of the firm’s restaurant practice. (Wells Fargo, which announced a similar pay plan last summer, may have been the first to act.)

It wasn’t that long ago that all executive pay was tied to sales, profits or other strictly financial metrics. “Tying 15 percent of an executive’s bonus to the performance of any non-financial metric is uncommon,” said Don Lowman, a Korn Ferry senior client partner and global leader for the firm’s total rewards practice. “About one out of every five public firms have started to indicate that they are tying some amount of executive pay to environmental, social or governance metrics. “It’s a coming trend, and McDonald’s, because of its name recognition, will bring this more attention,” he said.

But while most are lauding the move, Korn Ferry notes that experts say it will be difficult to determine how to make these plans effective. Should the company give executives one year or five to increase the number of leaders from underrepresented groups, for example? Overall targets must also be realistic and aggressive at the same time, which can be another challenge. For its part, McDonald’s aims to have 35 percent of its U.S. senior management from underrepresented groups by 2025, up from 29 percent currently. Another goal is for senior roles worldwide to be 45 percent women by the same year and 50 percent by 2030, compared with 37 percent now.

“We’re serious about holding ourselves and our leaders accountable to these foundational commitments and doing so with respect to local regulations and employment laws around the world,” said Chip Kempczinski, CEO of McDonald’s. “That’s why we are adding annual targets designed to meet these five-year goals to our annual compensation incentive metrics for executive vice presidents. These targets are endorsed by our board of directors and extend to our most senior leaders – including me.”

Giving itself multiple years to reach its diversity goals can reduce the idea that the company is imposing a quota system, experts say. According to Korn Ferry, it also provides the company with more options for hitting the goal, such as developing existing high-potential talent.

Indeed, many experts believe that few companies can sustainably solve a chronic lack of diversity solely through hiring a bunch of people from underrepresented groups. “If you don’t nurture now, you won’t get the leaders later,” said Andrés Tapia, Korn Ferry’s global diversity and inclusion strategist. “The additional years also can allow McDonald’s, or any firm that tries a similar plan, to review its own internal succession plans, allowing it to map out what roles might be open over the next few years and begin identifying people of color inside the organization who could potentially fill them.”

Though corporate executive teams have been saying for years that diversity and inclusion were priorities, people of color in executive positions are still few and far between at large U.S. companies, according to Korn Ferry. Almost 90 percent of the Fortune 500 are run by white men. Only one percent of the large-firm CEOs are black, less than three percent are of Asian descent, and less than four percent are Latinx. According to its own data, McDonald’s actually has a higher percentage of people of color and women in leadership positions than most Fortune 500 firms.

The transparency behind the company’s diversity move is in itself helpful and unusual, diversity proponents say. “Stakeholders have been pressuring organizations large and small to release demographic data on their workforces along with plans on how they will make their firms more diverse and inclusive,” the Korn Ferry report said. “Some countries have mandates on the minimum number of women on boards. George Floyd’s killing last spring and the resulting protests spurred many firms to make commitments to become more diverse and inclusive.”