Menu
View our Events
Stay Connected:
In 2019 it has become impossible to be competitively intelligent without addressing talent strategy. Richard Stein, partner and chief growth officer at Options Group, weighs in on the topic. 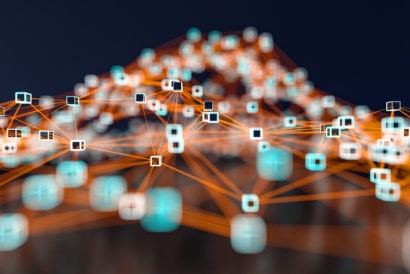 September 11, 2019 – We’ll never really know how many millions and millions are spent every year on data and intelligence by companies in positioning their talent ahead of their competitors. What we know for sure is that, even after they’ve spent all that money, many once-great companies fade and die all the same and many promising start-ups never get out of the gate. The reason is not the data we’re collecting. The reason is the people we’re hiring to make strategic sense of the data we collect. Consider the giants of the past, some of whom still struggle along as shells of themselves.

“We all know about Kodak and Motorola and JC Penney, household names that had a long run until the external world blindsided them,” said Richard Stein, chief growth officer at Options Group. “They invested millions gathering competitive intelligence, of course. But as the world outside changed, the world inside their organizations remained much the same. They were missing the talent to understand how early warning systems change—unrelenting, novel, unpredictable change—threatened their competitive position.”

The old household names waited for crises to reveal gaps in their readiness. And when the crises came, the first thing they cut was talent and talent management. That should have been counterintuitive; for too many companies it wasn’t. Everyone inside those organizations knew it wasn’t.

“The hallmark of our new age will be the opposite,” said Mr. Stein. “The link between talent strategy and competitive readiness has become undeniable.” In the digital era, the radical acceleration of change makes starkly clear which companies lack the talent to respond. The emblem of the new age is the startup, where every hire is a conscious one.

Conscious hires need not be the preserve of startups.

Options Group, a top player serving the financial services markets, enjoyed a stellar year, posting $65 million in total global revenue, an 18 percent gain. The firm employs 135 consultants, from 15 offices around the world. “This has been a record time of growth for Options Group as well as the executive search industry as a whole,” said CEO Mike Karp. “The world has experienced sustained and robust economic growth for close to a decade, and that has turbocharged the necessity to search for top talent.” The U.S., in particular, he noted has had remarkable and seemingly accelerating growth, leading the world business boom.

“On top of that,” he said, “the economy has soaked up inter-employed capital and tightened the markets for top talent significantly. In short, the executive search industry has been hitting on all cylinders, and this has lifted growth rates across our industry.”

Now, he said, there’s a watershed moment in the U.S. that largely went unnoticed in the world of business and certainly recruiting firms just two weeks ago. For the first time in its 85-year history, the Securities and Exchange Commission (SEC) proposed revisions to disclosure requirements focused on human capital. Specifically, in Item 101(c), they propose requiring organizations to report on how well they attract, develop and retain talent, among a few others. This could go into effect after the 60-day public comment period.

“We have long known that how well a company and its leaders manage the health of their people and culture is directly correlated to how well the company performs financially,” said Mr. Karp. “Combine this fact with a growing trend on transparency, and now analysts and regulators want to see how well a company’s commitment on people and culture matches its action and performance.”

How many times have we heard that people are our most important asset? The ability to effectively attract, grow and deploy human capital is as important as doing the same with financial capital, said Mr. Karp. “Now we may have a mechanism to see if companies put their money where their mouth is.”

“Today, I now see a different sort of consciousness about talent strategy,” said Mr. Stein. “The visible evidence is in who gets hired,” he said. Now, for example, accounting firms are recruiting not just data scientists but engineers, medical professionals and architects. They’re doing it out of a recognition that they need an expansive strategic response for operating environments that their predecessors would not recognize. They’re redrawing their competitive profile by redrawing their approach to talent.

In research published in the Harvard Business Review, Douglas A. Ready, Linda A. Hill and Robert J. Thomas concluded that transformative companies characteristically do two things well: they articulate the strategic rationale behind talent management and visibly involve senior leaders. Recognizing the inevitable complexity and ambiguity of a world that won’t stop changing, they build rock-solid talent practices that are at the same time constantly under review, in many cases annually.

For example, Ready, Hill and Thomas cite the case of financial-services giant BlackRock, which created a global human-capital committee to oversee talent management. Central to the committee’s influence is that its members include just a single HR executive. The other 35 are senior line leaders from across the firm’s businesses and offices. This, the authors contend, “sends a powerful message that talent is not only a strategic and scarce resource but a matter of critical accountability for line management.” 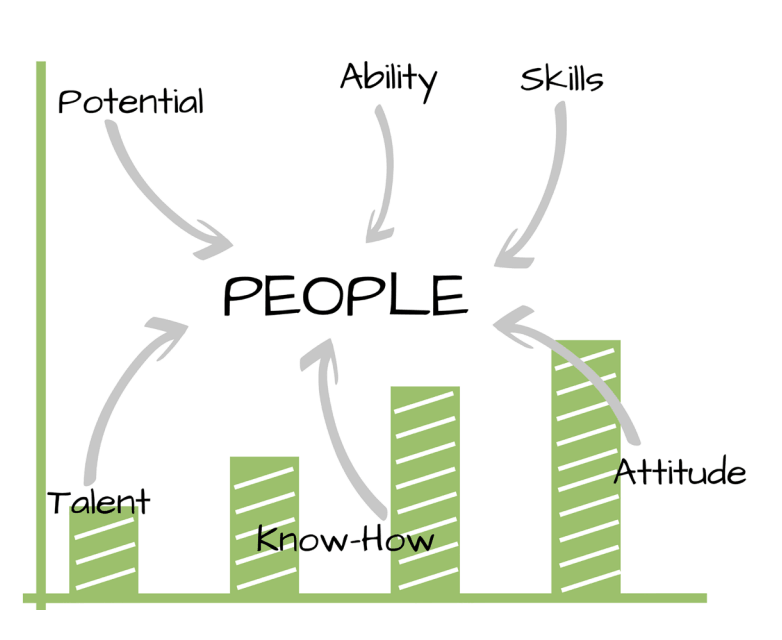 Regulatory reviews and financial reviews are intrinsic to developing and applying competitive intelligence. Talent review have commonly been situational and treated as something extra. Weird when you think about it, because being competitively intelligent should immediately start an internal conversation about pinpointing progress, gaps and challenges in a company’s talent pipeline. Once you’ve identified the essential decisions in front of you, the discussion should shift to execution. Any discussion about execution should be a discussion about people.

“From personal experience, I see evidence of a heightened consciousness about the unbreakable link between talent strategy and being competitively intelligent,” said Mr. Stein. Talent management firms, he said, are more and more pressed by clients to grow beyond the boundaries of conventional executive search and become partners in thinking about talent as central to competitive strategy.

The under-reported story of the talent-management profession is that what we used to broadly call “search firms” are becoming a force in organizational design, management assessment, HR process, coaching and leadership development. These would be interesting but insufficient capabilities if they were not informed by competitive intelligence.

Options Group, On Track for Record Year, Expands Partnership
One of the nation’s leading executive search firms announces record growth in revenues and headcount. Here’s the latest on how one financial services talent specialist is racking up big gains around the globe.

A good recruiting partner brings competitive insights, predictive analytics, competitor mapping and strategic profiling. Every search, for example, should serve different strategic objectives—an obvious point to make yet one that’s often overlooked. Depending on strategic needs, assessments might place greater emphasis on one kind of candidate over another. Assessment during and after a merger, for example, would focus on performance in the very near term. By comparison, a succession plan or talent benchmark would focus on the potential for long-term personal development.

“In 2019, talent-strategy firms should be collaborating with clients to devise better assessments that capture a candidate’s ability to acquire new capabilities and adapt to changing conditions,” said Mr. Stein. “I refer to this as ‘learning intelligence,’ defined as the ability to look critically at one’s presumptions about the world and one’s place in it. This requires a temperamental openness to new perspectives and agility in responding to them. If those aren’t the ideal skills for an unpredictable age, then I don’t know what are.”

Related: Employers to Continue on with Hiring Plans

One tool that Options Group has in its arsenal is OG iQ, a strategic research and benchmarking offering that provides data, analytics and real-time industry intelligence. “The strength of OG iQ and of analogous platforms in development among our competitors lies not just in better hiring decisions but in decision making on every dimension. We’re helping clients plan for where they will be in one year, five years and beyond. Understanding the talent they’ll need to take them there is implicit to that work,” said Mr. Stein. 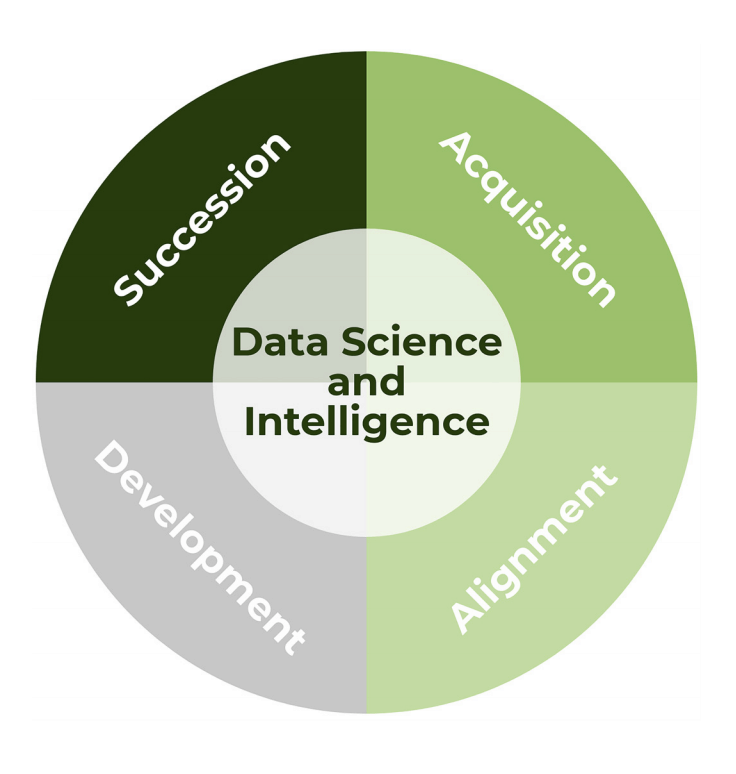 “Right now—not in the future but right now—firms like mine and the clients we serve no longer view the elements of talent in isolation but in their integration,” said Mr. Stein. Here’s a prediction, he noted: “A commonplace in the business press will be the account of talent-strategy firms partnering with software companies in developing what I call ‘forensics’ —predictive analytical tools married to a strategic perspective on a client’s industry.”

There’s more to come. Even in large organizations predictive analytics are not commonplace in human-capital planning. The reason is to a large degree cost; big data tools are expensive. It’s not at all difficult to imagine a day sometime soon when even small firms have access to pools of raw data about talent and can even construct the algorithms for predicting fit. “By ‘fit’ I mean something more crucial than its traditional meaning of cultural congeniality. By ‘fit’ I mean suitability to the operating environment that’s arriving, not the one that is passing into history,” he said.

“Fit is also about having people equipped for the new disciplines. I would include the talent profession among the industries that have been late to the game in adding to its ranks people educated in machine learning, data sciences and psychometrics,” he said.

The future of executive search won’t be all about software. Ultimately it will be about applied wisdom. Wisdom is informed by organizational context—the near-term and longterm needs of a management team, of an organization and of the business environment in which they operate; all of it married to the human genius for framing problems and finding answers.

That future is now. Like so many of the changes coming in the digital age, it has come faster than a lot of us expected.

Employers to Continue Hiring Plans into Final Quarter of 2019 Hiring for Cultural Fit? Here’s What You Should Know How to Avoid Hiring the Wrong Leader