Menu
View our Events
Stay Connected:
A highly visible member of the Bulgarian community, the school’s next leader must be an inspiring, visionary individual who can both bring about change and build upon the past. Scholarship, knowledge of higher education and a deep interest in European or international education systems are vital. 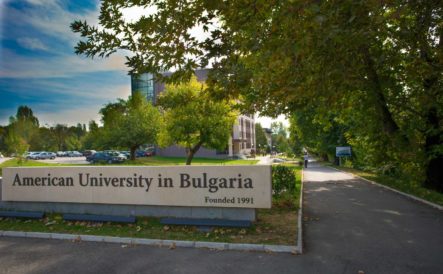 January 23, 2020 – After vetting several national search firms, American University in Bulgaria (AUBG) has retained the services of Boston-based recruitment firm Lindauer to find its next president. Past president Steven Sullivan announced that he will be returning to his full-time teaching position at the school. Recruiters Jill Lasman and senior consultant Gretchen Dwyer are leading the search for his replacement.

David Evans was appointed AUBG’s new interim president and Carolyn J. Stefanco will serve as AUBG’s new chair of the board of trustees while the search is underway.

Reporting directly to the board of trustees, the president is the CEO of the American University in Bulgaria. “This is an exceptional role for an inspiring visionary leader to bring about change and growth, while building upon the institution’s successful past and strong traditions,” said Lindauer.

Serving as a highly visible member of the Bulgarian community, the president will be expected to galvanize support among all university constituencies to set a course for AUBG’s future.

“S/he will possess a demonstrated record of scholarly accomplishments and knowledge of higher education, as well as a deep interest in European and/or international education systems,” the search firm said. “Promoting a culture of innovation, the next president will apply multicultural sensitivity, business savvy, fundraising prowess, and a strategic mindset to further enhance AUBG’s academic quality, increase student admissions, maintain high retention and heighten fundraising support for the institution.”

The successful candidate will be expected to have a track record of exceptional senior leadership in higher education, passion for liberal arts, interest in European education, and will have demonstrated a strong personal pursuit of academic achievement. The winning candidate will have the ability to promote a shared vision to address needs and create opportunities, especially in the areas of student and faculty recruitment, finances, facility improvement, and technology, said the search firm. The ability to raise funds from private, state and global sources, and to articulate to external audiences the value of supporting the university is also highly desired.

The first American-style, English language, liberal arts educational institution in Eastern Europe, American University in Bulgaria is a leading liberal arts university in Eastern Europe. The University ranks first in the professional fields of administration and management, political science, and public communications and information sciences. It ranks second in economics and informatics and computer science.

The American University in Bahrain aims to significantly change the landscape of higher education in this Arabian Gulf country by offering American-style university education. To get there, the school has retained Excelon Associates to recruit for faculty and administrative positions from highly experienced and successful industry and university professionals who wish to be a part of the pioneering team that will establish AUBH as a center of excellence in the region.

Excelon Associates, an executive search firm with expertise in higher education, said it will begin recruiting immediately. “I’m thrilled to work with such experienced and formidable partners and investors as AUBH emerges with a newly-designed, world-class campus and top-quality faculty and staff,” said Susan E. Saxton, president of the American University of Bahrain. “Having previously worked with Susan Forman and Excelon Associates, with their extensive expertise in higher education, I’m confident that our recruiting requirements are in exactly the right hands.”

Lindauer serves higher and secondary education, hospitals and academic research centers, think tanks, research facilities and foundations, as well as advocacy, public service, social justice and other mission-driven non-profits. It has led searches for the Boston YMCA, Center for Applied Special Technology, Healthy Minds Innovations/Center for Healthy Minds, the University of Texas at Austin and the Cockrell School of Engineering, among others.

Among the most senior members of the firm, Ms. Lasman has placed senior leaders and their teams in many major education, healthcare and science, arts and culture, advocacy and mission-driven institutions since joining the firm in 1998. She has conducted advancement leadership searches for such clients as Princeton University, University of Texas at Austin, Rensselaer Polytechnic Institute, University of Chicago Law School and Emory University.

Ms. Lasman has also been instrumental in placing multiple high-level candidates in Ivy League and elite colleges such as Cornell University, Columbia University, Harvard University, Georgetown University, and the College of William & Mary, to name a few. In addition, Ms. Lasman has placed individuals for such diverse organizations as American Technion Society, the Harvard T.H. Chan School of Public Health and the University of North Carolina at Chapel Hill.

She also specializes in building teams, having led the recruiting efforts at Carnegie Mellon University, filling 30 positions in three years, and served as team leader and primary recruiter for 29 of the 44 searches Lindauer completed for the University of Rochester.

With a wealth of non-profit and advancement experience, Ms. Dwyer knows firsthand the value of being recruited by Lindauer. The firm first placed Ms. Dwyer as director of development at Tower School, a private elementary school on Boston’s North Shore, and then as director of leadership giving at Amherst College. Ms. Dwyer’s extensive resume plays an important part in her role as senior consultant. Having hired many development professionals over the course of her career, she finds that the skills she has honed transfer well to the search process.