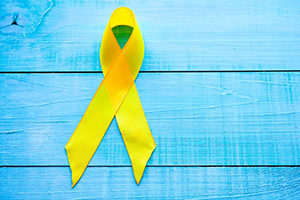 November 20, 2018 – Lincoln Executive Search has been selected by Pieta House, a suicide prevention group in Dublin, Ireland to find a new CEO. Managing director Shay Dalton is leading the assignment for the search firm, which is also in Dublin.

The incoming CEO will be charged with building upon the strong foundations already laid, and lead the organization and its people in the next stage of its strategic development. The new leader will face significant challenges during this period of change and growth, said the search firm. Working with the board, the individual will be responsible for the implementation of the strategic plan while ensuring the organization is operationally efficient and working effectively to serve its clients.

The right candidate will be a proven, experienced leader, with a track record of operational excellence and delivery of successful strategic change, said Lincoln Executive Search. Candidates should have strong stakeholder engagement and people management skills, have sound judgment and be unafraid of challenging decisions. Above all, they must be committed to Pieta House’s cause and determined to build on the success of the organization enabling future growth and success.

Pieta House was formed in 2006 to support people and communities in crisis by providing freely accessible, professional services to all. It also offers a bereavement counseling service to those who have lost a loved one to suicide. Since it first opened, Pieta House has supported over 36,000 people, and already this year over 6,000 people have accessed its services.

Established in 2008, Lincoln Recruitment has been an industry leader in talent selection in the Irish market. Its recruiting division, Lincoln Executive Search, helps companies attract, recruit and retain high performing executive talent across Ireland and beyond.

Ireland has a modern knowledge economy, focusing on services and high-tech industries and dependent on trade, industry and investment. The country’s famous drinks industry employs approximately 92,000 people and contributes billions to the Irish economy, making it one of its biggest sectors. It supports jobs in agriculture, distilling and brewing. But a growing financial services sector base is also important, employing some 35,000 people and contributing billions in taxes annually to the Irish economy. Ireland is, in fact, the seventh largest provider of wholesale financial services in Europe.

And as Ireland passes its centenary it is clear that the stability which has been created on an all-island basis in terms of economic, social and political arrangements shared by North and South still have the potential to change with Brexit.

“Our position in a global context as well as the relationship we share with our nearest neighbor is also set to change, with the inevitable drift of businesses from the United Kingdom and Northern Ireland in particular, in to the Republic of Ireland, where they will be safe in their EU status,” said Mr. Dalton. “The country is benefiting from an exciting opportunity that has been created through Brexit, to position Ireland within the top nations globally and cement that structure going forward in the 21st century as a leader among nations.”

“It is well known and accepted globally that the Irish have had a large impact on the growth and positioning of many different nations through the Irish men and women who have emigrated abroad and shared their skills for the greater good,” he said. “At the same time, Ireland has shown itself to be a welcome home for many people born abroad. It has been noted that the rate of emigration from Ireland is equally matched by the rate of immigration to Ireland. This shows that the country is open and operating in a global context.”