Menu
View our Events
Stay Connected:
A new report from Tatum, authored by Richard Wilcox, provides firsthand insights into not only the impact that COVID-19 is having on consulting firms, but also the downstream ramifications he sees coming for human capital. Let’s take a closer look. 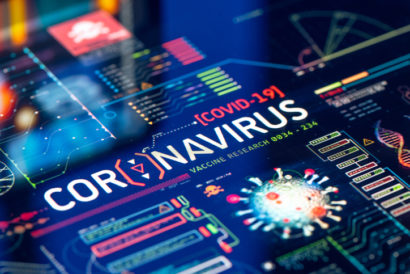 July 29, 2020 – On the wisdom that it’s better to rip the Band-Aid off fast, let’s get the bad news out of the way quickly: The global consulting industry is in a tailspin. According to a report by Tatum’s Richard Wilcox, the mega-billion dollar sector is forecast to experience a 19 percent drop in fees in 2020, which amounts to a one-year revenue hit of about $30 billion.

It’s not all doom and gloom from here; in fact, there are encouraging signs that the worst of the impact may be over, the Tatum report said. Just two months ago, for example, the majority of consulting firms reported a “rapidly and significantly deteriorating situation.” Today, the majority say market conditions are either stable or improving. Quite a turnaround.

“As a principal of executive search at Tatum and the leader of our professional services search practice, I have firsthand insights into not only the impact that COVID-19 is having on consulting firms, but also its downstream ramifications for human capital in turn,” Mr. Wilcox said. Let’s dig into everything that’s worrisome, everything that’s not — and where we’re going from here.

“In light of the significant revenue losses most consultancies are reeling from, pay cuts, layoffs and other cost-containment measures have been the first line of defense for firms across the board,” said Mr. Wilcox. “None of this is shocking.” In fact, Deloitte’s recently announced decision to cut 5,000 jobs may have been least surprising to those who were the most immediately affected: One survey found that well before the cuts were announced, nearly 60 percent of consultants at Deloitte and Accenture said they thought layoffs were coming.

Of course, Deloitte was not alone in taking action. Each of the Big Four consulting firms introduced a similar mix of salary reductions, layoffs, cost-containment measures and more, varying by degrees. Steep pay cuts for partners, representing as much as a fifth of compensation at Deloitte, EY and elsewhere, were ratified on the grounds that this was a necessary stopgap, an emergency measure designed to obviate still deeper cuts company wide.

“All of this will likely continue,” said Mr. Wilcox. “And, the last move notwithstanding, many of these changes seem like off-the-shelf solutions borrowed from the playbook of 2008. The key difference being that, back then, there was comparative economic certainty around recovery. What’s next now? Who can say.”

Mr. Wilcox points to three factors — region, segment, and industry — that will influence the success of consultancies as they respond to the ever-evolving pandemic.

One glance at Iceland is enough to know that the toll of the virus has been anything but uniform globally. And so will it be for consultancies. Going forward, the picture looks least cheerful in Europe (home to the world’s second-largest consulting market), Latin America and the Middle East, where declines of 28 percent, 19 percent and 18 percent are forecast, respectively. In North America, on the other hand, home to the world’s largest consulting market, a somewhat more modest 15 percent contraction is expected.

As a principal of executive search at Tatum and leader of the professional services search practice, Richard Wilcox specializes in complex executive placements within global consultancies, including C-suite, partner and senior-level management positions.

Alongside differences in regional impact, variance on a segment-by-segment basis should be expected, as well. One recent report, for example, predicted relatively minor negative impact (seven percent) for technology consulting services, compared to services like HR and change management consulting, which may be viewed by clients as more discretionary in nature (and where as much as 34 percent contraction is expected as a result).

From an industry standpoint, any sector accustomed to heavily onsite (and often fee-heavy) consulting partnerships is going to face significant disruption due to social distancing protocols, travel restrictions and the like. And not to put it too bluntly, but that is the foreseeable future. As a result, analysts expect business services, healthcare, energy and resources consulting to swan dive, at least over the near term. That can’t be avoided.

Concerning though these trends may be, Mr. Wilcox said there are also reasons for optimism. He breaks down three:

True, in the first quarter of 2020, deal volume plummeted to a seven-year low — with overall deal value a full 33 percent lower than it was the year previous. But it’s also true that acquisitions made in a downturn tend to yield higher three-year shareholder returns than their S&P 500 sector average. That, together with the exorbitant amount of dry powder on hand at private equity firms right now, is a good recipe for M&A action. “I’ve seen a lot of this firsthand,” Mr. Wilcox said. “There’s simply no denying it: The consulting world is in a highly acquisitive mode. Larger organizations are taking advantage of the fact that valuations have dropped. Bigger players are keen to snap up smaller shops. Plus, as valuations drop, consolidation opportunities that would not have been feasible pre-COVID-19 are going to emerge as well. If (and the question is not “if” but “when”) M&A activity picks up, a resurgence in strategy work for consultancies is bound to ensue.”

Despite early, worrying reports of widespread hiring freezes, it doesn’t look like that’s going to happen, at least not at the larger consultancies (even if they are, as in the earlier examples of Deloitte and Accenture, doing some downsizing). Take the example of internships at PwC, for one. The firm has moved to an all-virtual internship experience for its roughly 3,500 undergraduate and MBA students this summer, which is encouraging news. “I’ve watched this switch to virtual channels with interest at Tatum, and I think it’s a really positive story,” Mr. Wilcox said. “For example, we’re seeing a lot of placements happening purely based on video interviews. (These have typically entailed multiple one-on-one interviews, but they’ve occasionally involved panel-style interviews in which a single candidate has a video conference with, say, eight senior-level interviews — I prefer the former, but hey, there’s no rule book at this point.)”

Coronavirus and the People Pandemic: Should You Stop Hiring?
A new report by 360Leaders’ Ellie Glover looks at how the firm’s clients are faring through the pandemic. She also answers several burning questions, including: Will the pandemic slow down the hiring process and should it stop companies from hiring altogether?

There’s an old consultant’s joke: Consultants are sometimes asked to deliver like Jerry Seinfeld, but they’re always expected to travel like Jack Kerouac. It was never very funny, but it was true of some, and they were the so-called “road warriors”: high-touch consultants who spent the vast majority of their time out of the office in order to be onsite with clients. Beyond the travel, their hours were notoriously grueling (six years of billable client work during a four-year period isn’t unheard of). Surveying the largely vacant offices at most consultancies today, it would seem that there’s a cruel irony in the limbo these road warriors face now. That is, in the past, the office of the road warrior was always empty — that was how it was supposed to be. It meant he or she was spending value-adding, billable hours with clients. Now, those empty offices portend something more ghostly, and the unfortunate reality is that it may be some time before the road warriors can come back to reclaim them. Until then, Mr. Wilcox said you can, “expect to see from our road warriors the same brand of resilience we’ve seen from organizations at large as they’ve rapidly switched to new work-from-home models. It’s going to be a transition, not without growing pains, but the all-digital road warrior will be a highly effective and essential piece of the consulting puzzle going forward. The truth is that there are distinct advantages — and disadvantages, too — of not being continually onsite.”

Closures of offices. Slim-downs. Haircuts. “All of these have and will continue to occur,” Mr. Wilcox said. “For U.S. consulting firms, of course, that’s going to coincide with a period of tumult and uncertainty as the economy slowly but surely kicks back into gear. It would be foolish to pretend otherwise.”

At the same time, he said, “I’m confident in the core capabilities of consulting firms,” Mr. Wilcox said. “They’ll continue to evolve their practices, deliver bottom-line value to clients and spearhead transformative change. Whether or not they make good on that optimism in the short term remains to be seen, but it’s absolutely the case that each cause of alarm about the present moment can be counterbalanced by a source of optimism, as I’ve tried to make clear in my analysis. There’s light at the end of the tunnel — we just don’t know how long the tunnel is. But a bad year and a bad era are by no means the same thing.”