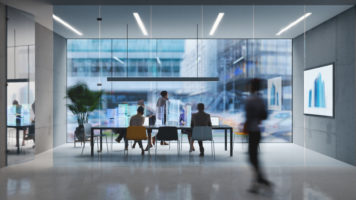 September 18, 2020 – Ottawa-based Leaders International has launched a new national diversity and indigenous board practice. The practice will be led by Brenda LaRose, a Métis Anishinaabe citizen and senior partner at the firm, who brings over 25 years of indigenous recruitment experience within the executive search industry.

“Leaders has been planning this new initiative for the past year, prior to COVID-19,” said Richard Joly, a managing partner at Leaders International. “Recent events clearly show that there is a need for greater diversity on the boards of Canadian corporations to better reflect the reality of our country.”

A recently released study by Ryerson University’s Diversity Institute revealed that black and racialized people are under-represented, sometimes non-existent, on boards in eight major cities across Canada. The representation of women, Indigenous persons, racialized persons, persons with a disability, and persons of a minority sexual orientation and/or gender identity on boards is so low that these communities often do not even show up on surveys.

“The objective of our board practice is to enhance diversity and representation on the boards of Canadian organizations, with an emphasis on underrepresented groups including women, indigenous persons, racialized persons, persons with a disability, and persons of a minority sexual orientation and/or gender identity,” Leaders International said.

“There is no reason that explains the absence of these groups on the boards of major corporations in Canada,” said Ms. LaRose. “My two decades of executive search experience has shown me that these communities have highly qualified, experienced and educated individuals that would be assets on any board in this country.”

With a strong knowledge of governance and business, Ms. LaRose brings expertise in working closely with boards and executive teams to assess and identify strategies that will attract and retain the top leaders. She is a board member on the executive committee of the Canadian Chamber of Commerce, serving on both the human resources and compensation committee as well as the nomination and governance committee. She is also currently a board advisory member of Air North – Yukon’s Airline and is a founding board member of Infinity Investments LLP (the economic development corporation for the Métis Nation of Ontario).

Prior to joining Leaders International in 2012, Ms. LaRose was a founding partner of executive search firm Higgins Partners. Earlier in her career, she gained recruiting experience with The Bentley Consulting Group and DGS Personnel.

In recent months, a handful of search firms have stepped up their diversity and inclusion efforts, here is a sampling from the Hunt Scanlon Media archives:

Life sciences-focused search firm Slone Partners has added esteemed educator Candace Nortey as executive director of diversity, equity and inclusion. In this newly created role, she will help expand the firm’s diversity efforts to enhance opportunities for minority candidates, both internally and for the company’s client partners. “The creation of the role of executive director of diversity, equity and inclusion is aligned with Slone Partners’ longstanding devotion to promoting more women and people of color into the life sciences,” the search firm said.

Frederickson Partners has announced the formation of an expanded diversity and inclusion (D&I) recruiting practice. The service will be led by chief of staff Ben Taylor, a five-year veteran of the firm, and CEO Valerie Frederickson. The firm reports that in June it saw a threefold increase in companies requesting D&I searches. Fueled by Black Lives Matter protests in the U.S., many businesses are committing to creating a more equitable and diverse workplace and now plan to hire their first D&I leader, the firm said.

Check Out These Related Articles On Firms Opening Diversity Practices: