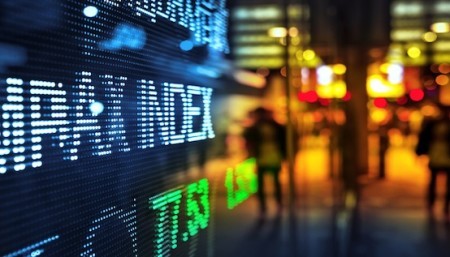 September 9, 2015 – Korn Ferry/(NYSE:KFY) has posted first quarter revenue of $267.4 million, an increase of 6.4 percent compared to $260.3 million a year ago. The company just missed analysts’ estimates of $269.7 million. The $16.2 million revenue rise for the quarter resulted from an increase of $3.7 million in the company’s executive recruitment segment, a $5.6 million lift in its leadership & talent consulting business, and a $6.9 million rise in Futurestep. Korn Ferry reported $179.5 million in compensation and benefits expenses for the quarter, an increase driven, in part, by higher salaries and related payroll taxes and employee insurance. The company increased its head count by 12 percent in the quarter.

Korn Ferry’s overall revenue gain was driven by growth in financial services, life science/healthcare and technology. These increases were offset by declines in the company’s industrial and consumer goods sector  practices.

“Like its chief rivals, Korn Ferry has been negatively impacted by the strong U.S. dollar,” said Scott A. Scanlon, founding chairman and CEO of Hunt Scanlon Media. Korn Ferry said that it expects the negative impacts to continue at least through its second quarter.

Korn Ferry’s executive recruitment segment reported quarterly revenue of $152.1 million, an increase of 2.5 percent (on a constant currency basis the increase was 8.8 percent). On a regional basis, fee revenue increased in North America by $8.1 million, or 9.8 percent; in South America it was essentially flat at 1.6 percent growth. EMEA (Europe, Middle East and Africa) declined by $4.2 million, or 10.4 percent, and Asia Pacific dipped slightly by $0.3 million, or 1.5 percent.

The company’s leadership & talent consulting business reported revenue of $69.2 million for the quarter, an increase of 8.8 percent (on a constant currency basis the increase was 13.7 percent). The rise was attributed to higher consulting fees and product revenues. This includes $5.2 million in fee revenue from Pivot Leadership which was acquired six months ago.

Futurestep revenue jumped 17.6 percent (or 27 percent on a constant currency basis) to $46.1 million compared to the same quarter a year ago.

Assuming worldwide economic conditions and financial markets remain where they are currently and considering the continued dampening effect of foreign exchange rates, Korn Ferry expects second quarter revenues to be in the range of $267 million to $277 million.