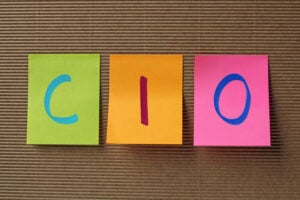 June 7, 2021 – After an exhaustive search, Korn Ferry has helped to place Ray Joseph, a vice president at Wilshire Associates, as the new chief investment officer of the $30 billion Los Angeles Fire and Police Pensions (LAFPP). Senior client partner Michael Kennedy led the assignment for the search firm. Effective June 14, Mr. Joseph will replace Tom Lopez, who is retiring after more than 40 years with the pension fund. “After a lengthy search, I selected Mr. Joseph as the new CIO for LAFPP,” LAFPP general manager Ray Ciranna told the website Chief Investment Officer. “I am thrilled that Ray will be leading the team. He brings a wealth of knowledge and I look forward to him building on the success of our strong investment program.”

Mr. Joseph brings upwards of 25 years of public and private investment experience to the role. As a vice president at Wilshire Associates, he provided investment strategies for pension plans, endowments, foundations, and family offices. Prior to Wilshire, he worked for Barclays and was responsible for cross-asset strategy, asset allocation and investor solutions for pensions, endowments, and foundations. Mr. Joseph was also the principal deputy special trustee for the Office of the Special Trustee within the U.S. Department of Interior, where he oversaw $4.3 billion in assets for more than 500 Native American tribes, and $1 billion for the U.S. Treasury Department. He was also deputy CIO and acting CIO for the State of New Jersey’s Division of Investment, where he managed pension investments, deferred compensation plans and the state’s cash management program.

Late last year, board president Brian Pendleton praised Mr. Lopez for his efforts over the years. “The LAFPP commissioners wholeheartedly thank Tom Lopez for his years of service,” said Mr. Pendleton. “His steady hand and wise advice are a pillar to the success of this fund.”

The Los Angeles Fire and Police Pensions is dedicated to administering the defined benefit retirement plan for all sworn (fire, police and certain port police and airport police) employees of the City of Los Angeles. LAFPP has been serving eligible members and their beneficiaries since 1899. The agency provides service to about 13,500 active members and 13,000 retirees and beneficiaries. In addition to our its core role of managing the pension plan benefits, LAFPP’s services include pre-retirement and retirement counseling, and retiree health and dental subsidy program administration. Its mission is to advance the health and retirement security of those who dedicate their careers and risk their lives to protect the people of Los Angeles.

According to recruiters specializing in the function, demand for executive level, “high impact” investing talent has been on the rise; that demand is expected to soar in coming years. But recruiters say these roles can be generally difficult to develop and ultimately fill for clients, given their multi-disciplinary and evolving nature. In fact, impact investing roles are new to many organizations, they report.

Mr. Kennedy is based in Korn Ferry’s Atlanta office. He is a member of the firm’s global financial services market specializing in commercial/investment banking capital markets and asset management searches.  He is also the co-leader of Korn Ferry’s diversity center of expertise. Mr. Kennedy brings broad private equity and corporate finance experience to his executive recruiting. He has conducted senior-level searches in a wide array of investment banking and capital markets areas, including mergers and acquisitions, corporate finance, loan syndications, structured finance and asset management. He leads the firm’s efforts in the pension sector and has conducted searches for pension funds, endowments and foundations.

Prior to joining Korn Ferry, Mr. Kennedy owned a venture capital consulting firm where he advised a Southeast-based private equity fund. Before founding his own firm, he was a vice president in the corporate finance group at GE Capital Corp., where he provided senior debt, mezzanine, and equity financings to companies for recapitalizations, acquisitions and buyouts. Earlier, he was a vice president at the Wachovia Corp. in the U.S. corporate group. Mr. Kennedy started his financial services career in investment management at J.P. Morgan & Company in New York.

Mr. Kennedy was appointed by President Obama to serve as chairman of the Federal Retirement Thrift Investment Board, the largest pension fund in the country, and has been confirmed by the U.S. Senate.

Check Out These Related Articles On Investment Sector Recruiting: