Stay Connected:
From repurchasing shares and uniting under one brand to placing someone in a new job every three minutes, these are busy days for Korn Ferry – the nation’s leading talent solutions provider. Here’s the latest from its just-released report to Wall Street. 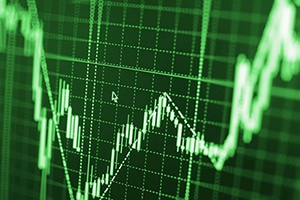 The increase was driven by organic growth in all segments.

“For Korn Ferry’s recently completed second quarter, we achieved the highest top line and bottom line results in our history, with fee revenue of approximately $495 million and adjusted EBITDA margin of approximately $80 million and 16.2 percent, respectively,” said CEO Gary D. Burnison. “Our fee revenue grew approximately 12 percent year-over-year in the second quarter, 14.6 percent at constant currency, with strong growth across all of our geographies and solutions.”

Hedge Fund and Other Investing Activity

A number of institutional investors have recently added to or reduced their stakes in Korn Ferry’s stock: Chartwell Investment Partners recently lessened its stake in the firm by 4.8 percent. The investment company owned 351,332 shares of the business services provider’s stock after selling 17,668 shares. Korn Ferry comprises about 0.6 percent of Chartwell Investment Partners’ holdings, making the stock its 20th largest holding. Chartwell owned approximately 0.62 percent of the search firm worth $21,758,000 as of its most recent filing with the Securities and Exchange Commission. Arizona State Retirement System lessened its stake in shares of Korn Ferry by 7.7 percent; its holdings of 82,238 shares are now worth $5,093,000.

Several equity analysts have recently weighed in on the search firm: Zacks Investment Research downgraded Korn Ferry from a “buy” rating to a “hold” rating. Credit Suisse Group assumed coverage on the company in another recent report. They set an “underperform” rating and a $55 price target on the stock. ValuEngine downgraded Korn Ferry from a “strong-buy” rating to a “buy” rating in another report. One research analyst has rated the stock with a sell rating, two have given a hold rating and three have assigned a buy rating to the stock. The company currently has a consensus rating of “hold” and a consensus price target of $64.80.

Assuming worldwide economic conditions, financial markets and foreign exchange rates remain steady, on a consolidated basis Korn Ferry expects revenues to be in the range of $470 million and $490 million, with diluted earnings per share likely to range between $0.76 to $0.84. Like other public companies in its sector, Korn Ferry stock is trading well below its 52-week high of nearly $69. As of yesterday, shares in the company were trading at $45 and not far from its 52-week low of $39. Korn Ferry has a current market cap of $2.55 billion. The company reported that it now places someone in a new job every three minutes.