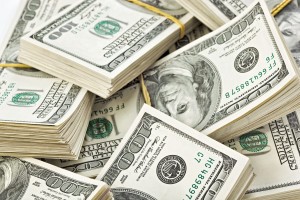 June 9, 2014 – With a stunning year of growth under its belt, Korn Ferry is now poised to be the first executive search firm to break the billion dollar mark. It has been an impressive transformation-in-the-making at the world’s largest publicly-traded talent provider in recent years – whose core business now encompasses C-suite and middle management recruiting, leadership strategy, succession planning, talent assessment, leadership and employee development, onboarding, recruitment process outsourcing and inclusion consulting. Once derided for offering an unwieldy hodge-podge of talent offerings, Korn Ferry has effectively built a streamlined talent conveyor belt integrating an elixir of human re- source solutions for thousands of corporate customers around the globe.

More than 80 Korn Ferry offices contributed to the firm’s nearly 20 percent global revenue spike last year. In just a decade, Korn Ferry has tripled its size – from $323 million to $936 million. What’s changed in the last 10 years is demand. Every business enterprise, from corporate behemoths to pint-sized outfits, now seeks a competitive edge through its people. With employee acquisition & development viewed as a strategic management tool and not just a human resource initiative, Korn Ferry has positioned itself at the center of corporate business planning. “In today’s environment, global organizations must create growth opportunities that far outstrip the potential of the global economy – ultimately through people,” said CEO Gary D. Burnison. “Validated by our results, Korn Ferry’s capabilities are being increasingly embraced by clients to unlock growth through talent.”

At the other end of the global growth spectrum last year was Egon Zehnder. It was the only “Big Five” search firm to post negative results (down two percent, to $634 million). Dragged down by anemic hiring across Europe, Zehnder’s largest market, the firm looked to emerging markets for growth. But business there stalled in 2013, leaving some to wonder if Zehnder had overreached in places not yet mature enough to sustain such a bet. But like its rivals, Zehnder benefited from a surge in the U.S. economy that started just as the year began and accelerated from July onward. This improved their overall results. “Our global platform has never been stronger,” said chairman Damien O’Brien. “We are very excited about the future.”

Despite somewhat sluggish overseas markets, as a group the “Big Five” did reach a new milestone in 2013: they collectively harvested just over $3 billion in total global revenue. The five largest international leadership advisory firms were up nearly seven percent for the year.