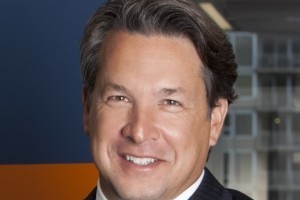 June 10, 2014 – With retained executive search fees still holding at a steady one-third of estimated first year compensation and with major companies trimming large sums from their recruitment budgets, there is a growing trend by scores of public and private companies in the U.S. to turn inward and hand the recruitment reins over to in-house search professionals who are increasingly charged with tapping talent at more senior-level positions traditionally reserved for their external search partners.

One search firm helping to lead these in-house efforts for companies is Hanold Associates. In the following interview, Jason Hanold, the firm’s managing partner, discusses this emerging trend and why companies are increasingly turning to his firm to identify and recruit talent acquisition professionals, at record numbers, to spearhead internal recruiting initiatives for their companies. Prior to founding Hanold Associates, Mr. Hanold was managing director with Russell Reynolds Associates, where he led the firm’s human resources officer practice.

ESR: The HR departments of many companies today are reporting an uptick of hiring an internal recruitment professional whose responsibility it is to identify and recruit candidates for the company. Do you consider this a growing trend?

Hanold: We have been seeing a definite rise in in-house recruiting and the continuation of a trend that started well over a decade ago. It has really gained traction in the last few years as HR departments and HR officers are witnessing major changes to the landscape in the hiring market.

ESR: When did companies begin to see the advantages of in-house recruiting and how much has this increased in the last five to 10 years?

Hanold: In-house recruiting began to take hold in the early to mid-1990s within organizations with large-scale hiring needs. These are companies that did lots of hiring and tended to be at the leading edge in terms of how they were thinking about staffing and bringing talent into their organizations. The industries where this was most prominent at that time were financial services, banking, technology and consulting & professional services for the most part.

ESR: What was it about those industries that fostered this type change?

Hanold: In professional services and financial services, for example, these organizations tended to employ more sophisticated recruiting techniques and approaches and they therefore had to scale to accommodate the volume of hiring they were doing as they were growing. And in-house recruiting was also the result of the growth in technology, such as ERP systems; remember, in the early and mid-1990s the Internet was in its infancy.

ESR: What has happened in the last five to 10 years? Why is this now enveloping the industry?

Hanold: In the last decade organizations have become far more sophisticated than ever before and the caliber of people they have within their HR function have become more savvy about people issues in their organizations. It is not only the HR officer becoming more knowledgeable about the broader business but it is the entire leadership within companies who are becoming more knowledgeable, especially in the areas of hiring — particularly in how they ought to be thinking about it and approaching it. Senior leadership is really placing a premium on people and, as a result, they are thinking to a much greater degree about how they should be leveraging their internal assets to make that happen.

ESR: If you had to put a percentage on how much of an increase there has been in in-house recruitment where might you peg that?

Hanold: There is a 65 percent increase in the number of organizations that have a more sophisticated in-house recruiting capability than what there was 10 years back.

ESR: Is the director of recruitment or the in-house recruitment professional in charge of hiring generally someone who is currently employed by that company or are they typically brought in from the outside?

Hanold: It is typically a recruitment professional who has been brought in as a fulltime employee and member of the internal HR team. For the last five, six, seven years now companies have been seeking in-house recruiters who possess the requisite skills particularly in the area on how to close senior level candidate assignments. Today, companies generally have solid in-house recruiters who are quite skilled. And as internal hiring needs have become more senior and C-level the internal recruiters now occupying the seat have that level of experience and expertise. In-house recruiting teams are handling those types of positions as well today. This is a growing phenomenon.

ESR: Since the level at which in-house recruiters has moved up-stream are companies tapping executive search consultants or would this be a human resource professional or talent acquisition leader at another company who has been doing this for his or her company?

Hanold: We see both but the process is becoming far more sophisticated today. To give you some background: five years ago companies wanted one individual with executive search experience to spearhead the company’s in-house recruitment efforts. Today, a company hiring a professional into this role might not be seeking someone with a talent acquisition background but rather someone who has broader knowledge about the industry the company serves. These might be credible leaders in a particular function or industry but their key attribute is that they know how to assess talent from their expert lens of knowledge. Then the actual sourcing component becomes the responsibility of a more junior person.

ESR: So this overall function of having an in- house recruiter can often be made up of teams of people then?

Hanold: Correct and often times it is. Today’s model consists of executive recruiting teams and, depending on the size of the company, they may range from four people to around 10. They handle executive level recruiting in a group that might include the director, senior directors, and vice presidents across the entire enterprise. A common model is one that almost replicates an executive search firm structure where you might have a junior researcher and then a lead recruiter who is the more seasoned professional who is actually making those outbound calls and assessing prospects. In the case of Nike and Deloitte, for example, they know their industry well and what “culture fit” means for their respective organizations. They are relatively structurally flat organizations where each recruiter is responsible for full recruitment lifecycle process.

ESR: Are there specialties within the in-house recruiting function?

Hanold: Yes, when companies scale the in-house recruiting function it allows each of their internal recruiters to be more specialized. And this seems to be mimicking the trend we see of talent acquisition professionals today preferring specialist recruiters over their larger rivals.

ESR: If you had to look at a certain average position compensation or functional level that internal recruiters would be responsible for, what would that be and has this increased as the trend has increased?

ESR: External search providers have developed a very substantial network of candidates through years of recruiting and working with dozens or even hundreds of companies — how are in-house recruiters able to replicate what their external counterparts have been able to effectively do for years?

Hanold: The tools and technologies are vastly different today, allowing for relationship networks to be established much more quickly than in the early days of executive search. When a company wanted to recruit an executive 20 years ago, they relied on the relationships of seasoned executive recruiters. Those executive recruiters spent all of their time networking and meeting folks, building one relationship at a time. We didn’t have the internet or e-mail or social networks to tap into from their desktop computers – in fact back then they didn’t even have desk top computers! They simply had a phone book and a golden rolodex – that was their value proposition. It has changed so much and now it doesn’t take a career or at least a half of a career to build an extensive relationship for those who seek to leverage connections – whether it be via social media or what have you. So today if you are representing a great organization and you are sitting in-house, you are probably pretty passionate about where you are, who you represent, passionate about the culture – and it is therefore easy to convey that enthusiasm to someone who you have just met.

ESR: So what you are saying is that technology and the other resources that are at the disposal of in-house recruiters allows them cast a wider net and essentially do as an effective job.

Hanold: That’s right. It’s market transparency. The talent used to be local and now technology allows us to see who is out there across geography.

ESR: An obvious reason to bring the recruitment function in-house is to save on fees. But what are some other considerations for developing this function in-house and how is this really helping to streamline the process?

Hanold: The most important consideration is understanding cultural fit to the company. If one is living and working in an organization every day, one knows the culture better than any external search partner. When insiders are immersed with all of the business leaders, not just those in HR, they understand culture fit. So this understanding of cultural fit is as important a reason to consider in-house recruiting as cost savings. Executive search consultants can be great at this as well, no question, but it depends on how well skilled they are at assessing the cultural nuances of a company.