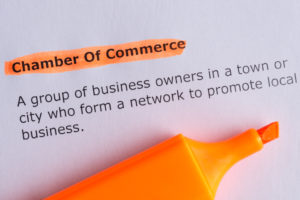 Mr. Mitchell was previously vice president for economic development for the Atlanta BeltLine, a development corporation for a $4.5 billion redevelopment project in Atlanta, one of the largest in the country.

“Jerald has a unique combination of leadership skills that will be immeasurably valuable to the chamber and our entire region,” said chamber board chair Pace Halter. “His strategic thinking and visionary outlook will allow Columbus to both build upon past achievements and take our region to amazing new heights.”

Mr. Mitchell will take the lead in developing and advancing both the chamber and Columbus 2025, the region’s strategic plan. “I was drawn to Columbus because the people that I’ve interacted with in Columbus were clear about the importance of building a more resilient economy and one that is more inclusive,” he said. “I’m excited about expanding upon what this business community has started and about collaboratively bringing new ideas to the table.”

The chamber’s new leader has been involved in economic development for 12 years. Before Atlanta Beltline, he was director of innovation for the Savannah Economic Development Authority.

The chamber’s CEO search committee was made up of local leaders from the community. And though the search commenced last September, it was delayed by the year-end holiday season and the COVID-19 pandemic. “But from the beginning, Jerald stood out as the leader we needed at the chamber,” said Billy Blanchard, who chaired the committee. “His history and portfolio of outstanding work at the Beltline and beyond, successfully demonstrates his belief in the importance of community and economic development and we know it will be a good partnership for all.”

Mr. Mitchell told television station WRBL in Columbus that his new role carries certain responsibilities being a minority. “When you are in the business community and you are a minority in the business community — whether it’s the first African-American in a position or not — I think that you have to address things prudently,” he said. “You have to act and traverse with a certain degree of professionalism and character at all times.”

But Mr. Halter said Mr. Mitchell’s hiring went beyond his race. “First of all, I just don’t know that it’s relevant,” the chamber board chair told WRBL. “And second of all, I think if that is the focus, the issue then becomes that the rest of his accomplishments and what qualifies him for the job immediately become less important and secondary. At the end of the day, the decision was made based on that only.”

The chamber had offered Mr. Mitchell the role back in March. With the COVID-19 pandemic breaking out and the country shutting down, however, he decided to withdraw from consideration.

Mr. Blanchard said that he told Mr. Mitchell that when things settled down, he hoped he would reconsider his decision. “I could tell he wasn’t 100 percent convinced that was the long-term right decision,” Mr. Blanchard told the television station. He said he told Mr. Mitchell that getting a new slate of candidates would take some time. “If you wake up in a week or two or a month or two and feel like maybe you didn’t make the right decision, please call us back,” Mr. Blanchard told the candidate. “Because you are the guy we want.” As it happened, Mr. Mitchell did just that.

He began his career recruiting software engineers from the U.S. Department of Defense and National Security agencies to work on classified government contractor projects. He also worked in the field of information technology and telecommunications infrastructure, working for successful technology-based companies like U.S. Robotics, 3Com and Universal Access. His experience ranges from business development to running the Middle East and Africa sale operations out of Paris, France.

Joan Jorgenson, managing director and principal, brings over 25 years of executive search experience within the economic development, chamber of commerce, government and private sector organizations. She has held consulting and human resource management positions at PHH Fantus, Beatrice Companies, Gould and American Hospital Supply Corp. Her areas of expertise include executive search, public and private sector organization development, compensation and policy development. She has conducted numerous executive search assignments for chamber and economic and community development executives throughout the country.