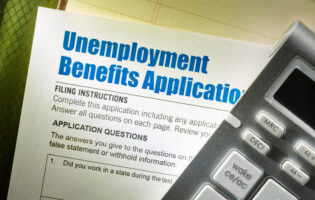 “Demand for labor is strong and there are no reasons to believe that this will change any time soon, barring another wave of a new Covid variant,” said Thomas Simons, money market economist at Jefferies. “We expect that both initial and continuing claims will be biased toward heading lower in the weeks ahead.”

“With seemingly no shortage of sources of turmoil in our world, the U.S. job market has, at least so far, remained a source of relative strength and stability,” Bankrate senior economic analyst Mark Hamrick said in a note. He signaled, however, that although “COVID has relaxed its grip,” inflationary pressures and continuing, and potentially growing supply shocks, will have an “inescapable negative impact on the economy.”

“The recent shocking surge in gasoline prices, if sustained, will serve as a costly tax on consumers,” said Mr. Hamrick. “How much that slows economic momentum in the coming days, weeks and beyond, is difficult to precisely gauge and predict at this point.”

“At the moment, the financial market turbulence and coming slowdown in Europe’s economy after Russia invaded Ukraine is having no spillover effect in the U.S.,” FWDBONDS chief economist Christopher S. Rupkey said in a note.

“Labor demand is very strong, and while labor force participation has ticked up, labor supply remains subdued,” Federal Reserve chair Jerome Powell said in congressional testimony last week. “As a result, employers are having difficulties filling job openings, an unprecedented number of workers are quitting to take new jobs, and wages are rising at their fastest pace in many years.”

Mr. Powell offered an upbeat assessment of the U.S. economic backdrop during his semi-annual address before Congress earlier this week. “The labor market is extremely tight … improvements in labor market conditions have been widespread, including for workers at the lower end of the wage distribution as well as for African Americans and Hispanics,” Mr. Powell said during his testimony before the House Financial Services Committee.

“The post-pandemic hiring recovery that has been underway for some time will continue to carry momentum with employers predicting strong demand for talent across key sectors,” said Jonas Prising, chairman and CEO of ManpowerGroup. “Companies all over the world need skilled workers to meet their business objectives and fully participate in the economic global recovery. Talent shortages continue and employers are competing with a talent pool that has not full returned to labor markets due to the pandemic. Organizations need to embrace bold thinking on where, when, and how work gets done to meet what workers want while balancing the requirements of business.”