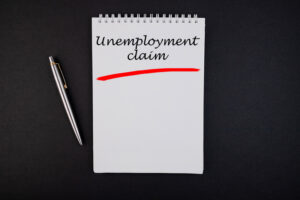 “The underlying trend in claims is downward but the speed of the drop in October and early November could not be sustained,” said Ian Shepherdson, chief economist at Pantheon Macroeconomics. “The fundamentals haven’t changed; the labor market remains extremely tight, and firms won’t let staff go unless they have no other choice. It’s possible that an extended Omicron wave would change that, but the initial impact likely is to make firms even more keen to keep people, as absenteeism due to Covid rockets.”

Seasonal adjustment issues likely played a role in Thursday’s report, given that the holidays lead to significant volatility in the labor market, said Scott Brown, chief economist at Raymond James.

“You’re laying off a lot of delivery people, the retail people that were hired during the holiday season,” Mr. Brown said. “But if you do the seasonal adjustment, obviously you’re trending at an extremely low level here.”

Massive government aid and the rollout of vaccines helped revive the economy and the job market by giving Americans the confidence and savings to go on a shopping spree, often online, for goods such as lawn furniture and coffee makers. Since April last year, the United States has regained nearly 18.5 million jobs. But the economy is still 3.9 million jobs short of where it stood in February 2020, and COVID variants like omicron pose a risk to the recovery, according to the Associated Press.

The job market has bounced back from last year’s brief but intense coronavirus recession. When COVID hit, governments ordered lockdowns, consumers hunkered down at home and many businesses closed or cut back hours. Employers slashed more than 22 million jobs in March and April 2020, and the unemployment rate rocketed to 14.8 percent.

But massive government spending — and eventually the rollout of vaccines — brought the economy back. Employers have added 18.5 million jobs since April 2020, leaving the U.S. still 3.9 million jobs short of what it had before the pandemic. Economists expect that tomorrow’s monthly jobs report will show that the economy generated another 400,000 jobs in December, according to a survey by the data firm FactSet.

Economists expect the report to show 400,000 nonfarm payrolls added throughout last month and for the unemployment rate to drop slightly to 4.1 percent. Such gains would show notable improvement from November’s slow growth, but still leave the labor market far from fully healed.