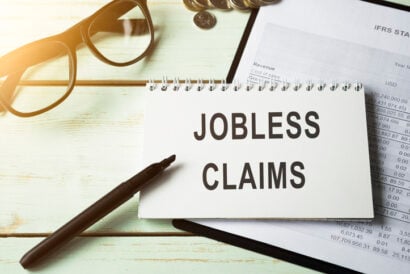 August 12, 2021 – The Labor Department reported that 375,000 Americans have filed new claims for state unemployment benefits. This is the lowest level for initial claims since March 14, 2020, when it was 256,000. This matches estimates from economists surveyed by Dow Jones.

The latest jobless claims report, which reflects the first week of August, comes after the July jobs report showed a bigger-than-expected gain in employment with employment rising by 943,000 in July. The U.S. unemployment rate now stands at 5.4 percent. There were also a record high number of open jobs at the end of July.

“Welcome improvement is seen with the new jobless claims numbers, essentially in line with expectations,” said Mark Hamrick, senior economic analyst at Bankrate. “On the downbeat side of the ledger, restaurant reservations and airline travel appear to be seeing some impacts from the surge in the Delta variant, which could weigh on economic activity here in the second half of the year. These impacts could be quickly reversed if we see a substantial easing in the case numbers.”

“As last week revealed, incoming data at the start of Q3 points to further strong GDP growth and a recovering labor market,” Sam Bullard, senior economist for Wells Fargo, wrote in a note. “That said, the Delta variant which has led to a surge in hospitalizations and a rise in deaths attributed to COVID has to be monitored and poses downside risk to the growth and labor market outlooks — especially if plans to bring back office workers and re-open schools this fall are delayed.”

“While job growth statistics (and estimates) have been all over the place so far in 2021, the cannabis job market has been a model of consistency,” said Liesl Bernard, founder and CEO of CannabizTeam, a cannabis-focused executive search firm. “Regardless of the varying federal and state policies or increases in the variant COVID strain, cannabis job openings and placements keep going up.”

“So far in 2021, we have seen steady and consistent increases in the number of jobs posted and filled in the first two quarters,” Ms. Bernard. “Through one month of Q3, this trend has continued with July being the strongest hiring month so far this year. We attribute this to a combination of factors, but the three most significant are the following: 1) cannabis remaining an “essential service” in every legal cannabis state, 2) increase in the number of licenses issued by states (e.g. new dispensaries in Illinois for July) and 3) a substantial influx of new capital into cannabis investments.”