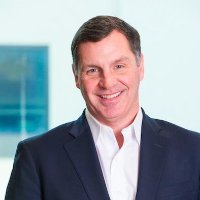 May 31, 2016 – Invenias, a U.K.-headquartered global cloud-based platform for executive and strategic hiring, has appointed Jim Duddy to head up its operations in the Americas.

As vice president of the Americas, he will be responsible for ensuring that the company continues its growth trajectory in the U.S., Canada, and Latin America, and growing the Invenias team located on both the East and West Coasts.

Mr. Duddy has over two decades of experience in building high performing sales teams capable of transforming market growth and share. He brings with him six years of experience of working at director of search and staffing for LinkedIn. Prior to joining Invenias, he worked with several early stage companies in various sales leadership roles.

Most recently, he was VP of sales for Pittsburgh-based start-up Nowait, a technology platform that helps eliminate the wait at busy restaurants. Mr. Duddy has also worked at Jibe, a recruitment-marketing platform designed to transform the client and candidate experience. He started his career at Allegis Group.

“What attracted me to the role at Invenias was the company’s mindset of continuous innovation – it’s always looking to strive forward, ensuring that its platform remains one step ahead of the competition. But perhaps most importantly it does all of this by collaborating with its customers,” said Mr. Duddy. “The Invenias platform solves real customer problems because that’s the company’s starting point. It’s a unique and refreshing approach that’s really resonating within the marketplace and is the cornerstone of our growth. My remit is to build on that good work and help take the company to the next stage.”

“Jim’s appointment underlines how serious we are about growing Invenias across the Americas,” said David Grundy, chief executive officer and co-founder. “We see a massive opportunity for our platform within the region and Jim has the skills, focus and energy to help us realize our vision. His track record in being able to bring together people, technology, market knowledge and best practices means that in all his previous roles he’s been able to make a significant, positive impact on company performance. Without question, I believe he has all the attributes to help Invenias sustain its rapid growth.”

Mr. Duddy’s appointment comes after Invenias recently announced a further $2.8 million in funding to be invested in the company’s infrastructure, scaling its core platform and supporting aggressive growth within the U.S. market. The financing package includes $1.1 million in new funding from existing investor MMC Ventures, supported by $1.7 million in debt funding from Clydesdale & Yorkshire Banks.

Invenias has seen growing demand for its software in the U.S. and Canada in the last 12 months, with search firms, including ON Partners in Boston, The Toft Group in San Diego and Conroy Ross Partners across Canada, choosing its proprietary software.

Check Out These Related Articles On the Expansion of Recruiting-Related Technology Services: