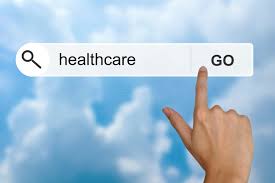 November 29, 2018 – The healthcare marketplace today looks vastly different than it did just a few short years ago, as the industry shifts toward the outpatient/retail delivery model at a rapid pace.

Because of this shift, in 2018, we are seeing hospital mergers and acquisitions continue at unpreceded levels. As revenue starts to dip from declining in-patient admissions, the hospital companies are joining forces to try and gain a competitive edge on negotiating better managed care rates, increasing sites of care to keep patients in their networks, and so on. The mergers between these hospital systems have caused large reductions in their workforce, especially at the executive/management level to trim costs and realign to create synergies. The result is a market that’s been flooded with well qualified executives and mid-level management candidates.

On top of the mergers and acquisitions are some large hospital companies that have not adapted quick enough to the outpatient shift in the industry and therefor have lost profits and accumulated large amounts of debt. To survive, they’ve started to divest a large portion of their facilities and reduce their corporate overhead. This in turn leads to even more well qualified executives and mid-level management candidates flooding the market.

In addition to all this activity creating large amounts of candidates in transition, is the uncertainty that looms over the hospital industry as a whole. This has caused a lot of otherwise content employees who are still gainfully employed to, for the first time in their long tenured hospital careers, to consider exploring “the other side”.

So who benefits from all of these changes and uncertainty in the hospital industry? A long list of folks ranging from small fast-growing private equity backed companies to mega multi-billion-dollar Managed Care companies. They are hiring well qualified hospital executives in transition and recruiting away hospital talent left and right, benefiting from it tremendously. They are hiring folks who’ve had to adapt a business, clinical and financial acumen just to survive the day to day challenges of running an acute care operation. They are hiring folks who are used to being available to their customers 24-7 as hospitals never sleep. In summary, they are hiring folks who’ve acquired the executive intelligence and interpersonal skills needed to be highly successful at running a complex and very competitive business.

If a talent acquisition professional like myself were to call a hospital CEO five years ago and ask if they’d consider running a fast-growing urgent care company, their response would probably be “no way!” But now, if I were to call the same person today, I’d probably get a much different answer. People are starting to go where the growth and excitement is in the industry and seem much more risk averse. This in turn creates a more flexible and active candidate pool, which is very advantageous to the internal or external talent acquisition professional who continuously mines for talent.

While the present trend is focusing more on the outpatient space, the hospital industry still needs qualified candidates, especially on the clinician side. Mergers and acquisitions mean restructuring and streamlining. Once the restructuring is complete, hospitals are circling back to fill more specialized division roles that focus on higher acuity service lines such as orthopedics, neurosciences or cardiac services as they shift more responsibilities into the field to focus on quality and profitability.

This focus has also created a higher demand for clinicians who have the business acumen to step into more administrative type of roles. Physician and Nurse leadership have gone back to school to obtain MBAs as they see the demand for their combined skill sets increase in the hospital industry.

The shifting landscape in the healthcare industry has created a rich candidate pool. While that’s great for employers, it can present challenges for executive search professionals. For example, there can be bias toward a hospital executive that has been displaced from a merger or acquisition. Employers often believe they were let go because they were underperformers—that if they were valuable, the organization would have found a way to keep them. In a lot of cases, that’s simply not true. We spend a lot of time educating companies about displacements having nothing to do with a candidate’s skills and level of performance but rather a business need to quickly reduce costs and/or bring in a new management team to help with a cultural transition. We also educate companies on the huge advantage of hiring hospital executive candidates in transition, because a lot of times these folks are more open minded to salary, geography, and title. They are also ready to start employment right away versus giving the typical 30-day notice if still employed.