Menu
View our Events
Stay Connected:
Although business is good, the cannabis industry has work to do when it comes to diversity. A recent story on Nerdwallet provided some valuable suggestions to make this growing sector more inclusive: Focusing on your skill-set, becoming knowledgeable about state and local regulations, and being community minded are just some of the steps that can make a big difference. 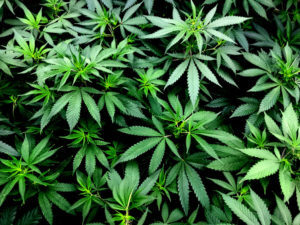 August 11, 2021 – The continuing growth of the cannabis industry has brought with it more scrutiny regarding its operations. According to a newly released report by Y Scouts, this is not a negative point at all. “That’s because the more thought put into the standards and ethics of a business, the better it will thrive for all involved, in theory. And, cannabis is definitely big business.”

According to Grand View Research, as cited in a Nerdwallet story, the cannabis industry in 2021 is valued at $33 billion, with an expected hike to $84 billion in the next seven years. One aspect of the business that is ripe for change relates to how it represents (or doesn’t represent) people of color and LGBTQ individuals. A study from Marijuana Business Daily, in fact, showed that 81 percent of cannabis business owners or founders were white. According to that same study, there were 5.7 percent Latino owners, 4.3 percent who were African-Americans and 2.4 percent who were Asian. On a more encouraging note, more than a third of senior-level jobs at cannabis companies are held by women, according to a Marijuana Business Daily survey.

Still, the Y Scout report says that there’s work to be done to bring more diverse experiences and viewpoints to the table. The article published on Nerdwallet offers insight into how those at the top might work to diversify the industry and make it more inclusive for those who wish to make an impact. Here’s some of the advice from the study on these themes:

Focus on your Skill-set

Gracie Morgan, director of operations for MedLeaf Delivery in California, points out that the industry demands keeping up with changing regulations and market forces in order to advance.

“To succeed, it’s really important to identify your ‘why’ beyond something monetary,” Ms. Morgan said. To that end, finding a way into the business with your skills, such as in accounting, HR or marketing, could be an entry point beyond outright ownership or sales. Roles such as this, the article says, also don’t have less expensive licensing requirements needed as ones strictly for direct cannabis ownership, which means there are fewer barriers for marginalized communities.

Know What’s Allowed Under the Law

The Y Scouts report also says that becoming knowledgeable about the regulations in your own state or municipality can mean a more lucrative and sustainable cannabis business. Morgan Fox, of the National Cannabis Industry Association, suggests speaking with a legal professional who knows what’s currently allowed under the law, or hiring a legal consultant to weigh in on the ever-changing landscape for regulations.

Related: For Cannabis Companies, Aligning C-Suite Leadership is Job One

While it’s a given that there are difficulties in raising capital for people of color and those who identify as LGBTQ, such groups might find opportunity in less traditional spaces. For example, there are many niche groups within industries that can help connect them with funding sources. This is true of the cannabis community, and Morgan suggests an approach that elevates collaboration over competition. Find online groups and go to cannabis-oriented events to learn more about the industry and what sources of funding might be available.

Ways that the rules are changing for the better

There are encouraging signs that those in government are working with the industry to make cannabis businesses more diverse, according to the Y Scouts report. “In Washington State, its legislature passed a bill in April to help loosen restrictions to licensing cannabis businesses, including ones that put weight on prior convictions for marijuana possession,” it said. “This move will no doubt help bring more disenfranchised leaders into the fold.”

Related: How Cannabis Executives Can Lead Companies for the Long Haul

San Diego Is also looking at ways to cut prohibitive costs and remove some restrictions that have been considered limiting to people of color or LGBTQ individuals, according to a story in the Los Angeles Times.

Why Cannabis Companies Need Purpose Driven Leaders
With pot becoming legal in an increasing number of states, the expanding sector faces a strong need for talent. But what kind of leadership is best served to fuel this growing sector? A new report from Y Scouts takes a closer look, and leading recruiters that serve the industry then weigh in.

Such red tape includes zoning laws and permitting rules, according to some of the city council members. “At this point in time, the industry is fairly exclusive,” said Sean Elo-Rivera, who serves on City Council. “Only those with access to significant capital, attorneys and consultants have had the ability to compete for an operating permit.”

The Path to Becoming a Cannabis Executive

Y Scouts says that experiencing a supportive community and benefiting from concerted efforts with respect to inclusion can break down barriers for aspiring cannabis executives who come from marginalized communities. Courtney Davis, director of public affairs for the Marijuana Matters group, believes it can be a venue that offers great emotional and career support. “Be bold and realize that you do have support in this industry,” she said.

Y Scouts is also poised to bolster a business that wants to strengthen its diversity. Specifically, the firm has a leadership community whose purpose is to find cannabis executives that can have an impact on it, as well as on society in general. Y Scouts looks to help clients find the type of leaders who can be successful at purpose-driven companies. “We want you to hire the human behind the resume, which leads to greater fulfillment and more positive results for everyone,” the firm said.