Menu
View our Events
Stay Connected:
Despite the costs that go into finding top leadership, companies often fall short when it comes to ushering executives into their new jobs. A recent report by Spencer Stuart highlights the biggest transition challenges, and how to address them. Let’s go inside the latest findings. 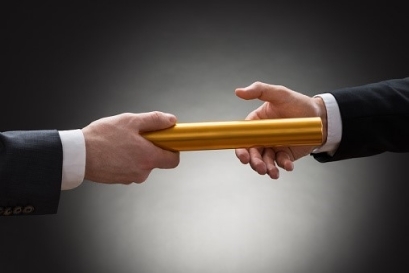 May 22, 2018 – Organizations are investing significant time and resources in developing future C-suite leaders. Given the profound impact executives in these key roles have on business performance, it only makes sense. After all, hiring any senior-level leader represents a tremendous opportunity for value creation, or the potential for great harm, for a company.

Yet surprisingly little attention is paid to their transition. Too often, the executive is left to sink or swim in the new role. Overwhelmed by the initial transition period or reluctant to be seen as asking a “dumb” question, new leaders often fail to push for more clarity about the definition of success in the role or how they’re being perceived by their peers and their team. And, with the role finally filled, CEOs move on and assume that the new leader will figure out the challenges and solve them. Leaving these expectations to chance can lead to disappointment later.

A new report by Spencer Stuart, ‘Accelerating C-Suite Transitions: How New Leaders Can Overcome the Four Most Common Pitfalls,’ is shedding light on how companies can avoid such mishaps. “C-suite leaders have a responsibility to articulate a vision and strategic aspiration for their function or business unit that supports the overall business – considering how to communicate the vision, gain the CEO’s support, align the team around it and evaluate how their own responsibilities connect with those of their peers,” said the study.

Where New Leaders Can Falter

Culture fit is among the most common reasons new leaders struggle in their transition. They may misread culture cues or, believing they have a mandate for change, underestimate the readiness of colleagues and the team. Most newly hired executives, in fact, believe they were ill-prepared to be successful in their company culture. In one survey, 65 percent of respondents attributed the failure of a new executive to poor culture fit. And it’s a challenge that affects both those hired from outside as well as those who have been promoted, who may have fail to realize how much the management culture differs from the culture as a whole or the culture of their function or business unit.

“An onboarding program should help new leaders understand how their style does and does not reflect the culture, illuminating how their strengths complement the culture of the team and the organization as a whole, and flagging how certain actions could be perceived negatively by others,” said the report.

“Companies can help by defining the characteristics of the organizational and team cultures and articulating how the individual’s style is similar to and differs from them,” said Spencer Stuart. “When we work with clients to assess candidates for C-suite roles, we use our culture framework to compare leaders’ styles to the culture. New leaders can use that information during their transition to understand the key attributes of the culture and how their style may be viewed by others. Often, the mere act of helping a newly hired executive understand the key elements of the culture can make a tremendous difference in his or her ability to be successful.”

Five Things to Consider When Creating a Company Culture
Human resources executives and recruiters have been using the term “cultural fit” – generally defined as the ability of an employee to fit with the core beliefs, attitudes and behaviors that make up an organization – for a decade or two.

Some companies even assign an outside coach or senior HR executive to the new leader to help navigate cultural minefields. “The coach also can collect feedback about the person and how he or she is perceived — the organizational ‘buzz’ — including what others view as the person’s strengths and ‘watch outs’ at the six- and 12-month marks,” said the report. “With concrete data, new leaders can adjust behaviors or styles that get in the way of their being effective.”

2) Lack of Strong Relationships and Influence on Key Issues

It can be tempting for new leaders to assume that they are being viewed positively and that relationships will happen naturally, or that others will know to bring them in on key management issues relevant to the leader’s role. “But without a deliberate strategy for meeting and developing relationships with colleagues on the management team and other stakeholders, new leaders may find that they have less influence than they expect,” said Spencer Stuart. “Even leaders who have been promoted have work to do on this front; they need to re-establish and reset relationships and build credibility as a trusted peer.”

The individual who is getting promoted or hired must initiate conversations with his or her new peers and demonstrate curiosity and interest in their issues and concerns and to take the lead in relating to people in a different way. “Conversations should be aimed at understanding shared points of view, where one leader’s responsibilities overlap with another’s and where others are looking for support,” said the report.

New leaders must also find their voice on the management team and establish themselves as a thought leader on important business topics.

They should also consciously develop an enterprise view of the business and cultivate credibility on key business issues – such as customer impact, if they are the sales leader. “We know CEOs who are proud to say, ‘If you were to sit in my staff meeting, you wouldn’t be able to tell which business or function each individual looks after because they come to the table seeking to add value to the enterprise,’” said Spencer Stuart.

“One important way new leaders do this is by cultivating a fresh external perspective on their role and the business, even if they have been promoted from within. Taking the time to understand the strengths and weaknesses of the function or business unit compared to best-in-class as well as potential disrupters to the business enables new leaders to become a valuable contributor on the most important issues facing the business.”

3) A Weak or Unfocused Team

For new leaders, everything matters. Each decision they make or fail to make; how they communicate in meetings and in email; who they hire, promote or fire; whether they eat in the lunchroom; and even who they stop to chat with when they’re walking the halls will be scrutinized by their team. “One new leader told us that he was accused of ‘playing favorites’ by some on his new team because of his habit of stopping to chat with a few people whose desks were on the way to the restroom,” said the report. “Team members sitting in the other part of the room felt like their new boss didn’t like them or trust them because he didn’t stop and talk to them when he was outside his office.” Small signals can create lasting impressions. Effective leaders are self-aware and reflective about the messages they may be sending.

New C-suite leaders must also understand the capabilities of the team and their capacity to deliver against the strategic priorities of the business. They should have a methodology for objectively assessing team members and testing their hypotheses. “For example, in the first month, you might meet with every direct report and go through a standard diagnostic to understand their capabilities, how their style aligns with the culture you want to create and learn more about them as individuals,” said the report.

Related: The Idea of Cultural Fit Might Be More Myth than Reality

Finally, new C-suite leaders should think about how they will bring their team together. Leaders who have been promoted into the top role should recognize that their relationships with others on the team have changed. Former peers are likely to react differently to them and share less information. “At the same time, you also have to make a shift – from ‘doing’ to guiding your team and framing priorities and challenges,” said the report. “Misunderstandings and confusion will inevitably arise when new leaders don’t acknowledge the new dynamics and explicitly discuss their expectations with the team. As part of their transition plan, new leaders should have explicit conversations with direct reports about their individual goals and objectives and those of the team, as well as expectations around communication and performance.”

4) Developmental Gaps and Lack of Self-Awareness

Those who have won a new role in the C-suite are implicitly receiving a message that they are terrific. Their new job feels like a reward for outstanding performance. It’s easy for new leaders to interpret their selection as a signal that whatever they were doing works, and they should do more of the same.

“But the developmental weaknesses or tendencies that may have dogged you in the past – say, a resistance to delegating – could sabotage you in a larger, faster-paced and more complex role,” said the report. “Development issues become more urgent at the C-suite level. For example, a leader who has a tendency not to set direction for his or her team – making up for team deficiencies through an intense personal work ethic and drive – may sow chaos trying to do the same in a C–suite role, with people unsure about what they should prioritize or what good looks like.”

Employee Job Satisfaction Critical to Developing Top Leaders
Organizations face numerous obstacles as they deal with the complexities of the 21st century workplace. At the top of their list of human capital challenges: HR professionals talk about the pressing need to keep employees highly engaged and to develop future leaders for their organizations, according to the report.

Other traits that served the leader well in the one environment, meanwhile, may be a liability in a different culture. “A hard-charging style that helped someone thrive in past jobs, for example, may cause the person to clash with peers on the management team,” said the report.

A transition plan should consider one’s personal style, potential blind spots and ongoing development needs within the context of the organization and team. In some cases, the new environment may make a person’s style less of a risk; someone who was perceived as too direct in a more conflict-averse culture may be encouraged to speak up in one that values direct feedback and the vigorous exchange of ideas.

By understanding the typical cadence of a transition and attacking the transition with a rigorous and structured process, new executives can accelerate their onboarding and become effective much more quickly, the report concluded. “New leaders have to process and learn a vast amount of information, lay the foundation for productive relationships with peers and other stakeholders, establish their credibility on key business issues, set priorities for their business or function and build an effective team,” said Spencer Stuart. “Thoughtful, structured transition plans articulate the specific areas that new leaders need to tackle and identify the support they need, helping them accelerate their transition and positioning them for long-term success.”